ABOUT THE 3 MUSKETEERS. FORMER BEST FRIENDS & ATLEAST 2 NOW ARE SWORN ENEMIES!!! WHAT COULD HAVE HAPPENED? 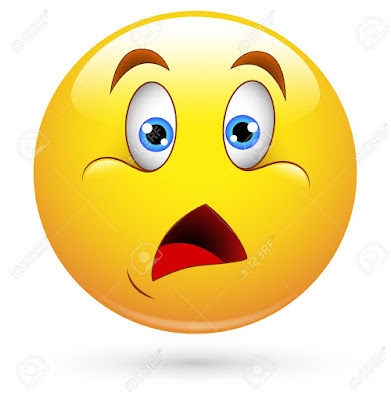 All three (3) are Lagos based entrepreneurs doing quite well in their lifestyle businesses and when we say doing quite well, we mean it in every sense of the word. But there's also what they all have in common apart from just being friends, which is there love for plastic surgery!

Two of them particularly have super pronounced protrusions, in fact it's what can be referred to as gargantuan edifices, while the 3rd though has engaged in the same type of molding, but hers is more natural and because of that, she tries to pretend like she's au naturel but na Bobo, she too don do, in fact it is alleged like twice.

They all used to be super close friends, until something scattered the trio apart. Though at least 2 on each side are still supposedly cool with each other. Out of the trio, 2 are supposedly married. Supposedly because, the status of one of the 2's marriage is unknown. Speculation says the thing has scattered, but like we have said it is strictly speculation. This one that people claim her young marriage might have hit the rock is actually a veteran in the job of dating big boys. Her man till tomorrow who is totally hooked on her Bermuda Triangle, the treasure trove of unlimited pleasure, though she's supposedly married is none other than the financial juggernaut JO. But one is actually quite married though and to a hunk of a guy, with a super fit body and good frame, who loves unique cars. The 3rd member of the trio is not married, though she used to be married, but unfortunately no more but it's something not to her making though. So she is available and game. So one cannot blame her. Truth be told she's a survivor and quite hardworking by all standards. In fact kudos must be given to her for where she is at right now.

So one member of the trio introduces her 2 friends at the same time to the same big boy, without the other knowing about each other. So the big boy was enjoying the best of both worlds. Can one blame the big boy? Isn't it his money that was serving him. Is the 'introducer' a matchmaker or a pimp? Did she even do well jamming heads together like that?

One of the 2 ladies doesn't play for coins at all, it's only for the highest stakes from what we have discovered. If you ain't ready to cough out from 10m, then forget about it. So both were doing the same, one man and them one discovers and all hell was let loose. Erstwhile friends now wanted to tear each other apart, both laying claim to the man. There was confrontation and all those kinds of shenanigans!

At the end of the day, there's was a falling out between the middleman lady and one of the ladies, so bad was their falling out that they are now like sworn enemies, with the middle lady now quick to make jest of her former close pal as a debtor par excellence, who she is ready at a short notice to badmouth and wound.

One other thing that they might likely have in common again is their trust and believe in the ultimate mama. The trio are also thought to like ladies too, just the same way a woman loves a man.
Posted by maestromedia at 8:47 AM

Very good article. I certainly appreciate this site.
Thanks!

I love your writing style...you captivate without mentioning names. You should author thriller novels. Keep up the good work...we are reading!🤗

I love your writing style...you captivate without mentioning names. You should author thriller novels. Keep up the good work...we are reading!🤗

This has to be Madam hair merchant( k)
So JO is still nutting there? Why is she married then? I don’t like crap. If you want to be high class olosho like TM just do it peacefully, don’t rope innocent boys into your shit. It is well.
Old age is fast approaching,continue doing olosho that you started since Secondary school to UNEC till date. 3 decades in olosho you never retire. Greed for bag and shoes and Cartier bracelet. One house and car. What else? You won’t have him on Christmas morning or NYE.
There’s more to life than material bullshit.

Kunny close your circle. They're too many stories about you outside now because too many people are allowed access.

K most certainly owns more than one home. JO won't enter your life and you won't have significant assets to show for it.
And her marriage is very much intact, I don't know which miserable cow keeps floating this rumor about her.

All her stories are coming from the men she has slept with for Hermes Bag.

Lies that fake friends spread around! Leave her alone. She is happily married

ADS is not married lol

Eff off all these new people who think this is LSA. Ko le work oh what you guys are trying to do here sho gbo!!!!’