ELITE MODEL LOOK NIGERIA 2012.....AND THE WINNER IS MOYINOLUWA AROWOSHOLA

Her beautiful name Moyinoluwa literally translates ''I praise the Lord'', and we can bet that she must have been praising God non-stop since last night after she was declared as the preferred one at the keenly contested Model Search competition last night.

Though we particularly were rooting for Bukola Anthony, another of the contestants, we think that Moyinoluwa totally deserves the win. Like we had said prior to the grand-finale itself, this year's edition is one of the best in recent times. At least 5 of the girls could have carried the day, so for Moyin to have won, she should be very proud of herself.

On the male side, though we disagree with the choice of the judges, but whether we do or not, there's nothing we can do about it. Seeing the 10 contestants live, we had thought it was a straight battle between the trio of Kimmie, Steven and Toyin, but alas! It wasn't the case. We therefore congratulate Alvin who won. It is said man proposes God disposes.

This year's edition of the Elite Showcase was one of the best ever in every way, the guest list was great, the fashion showcase magnificent, everything went like a breeze. We must commend the organizers for a job well done. We would bring to you very soon, the whole package. Wait for it. 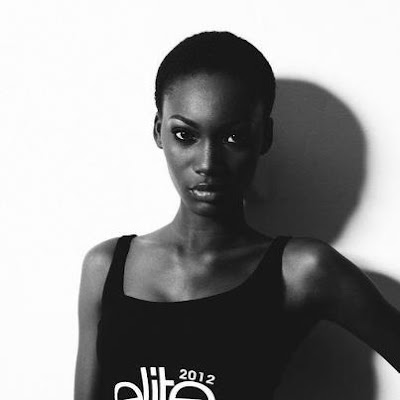 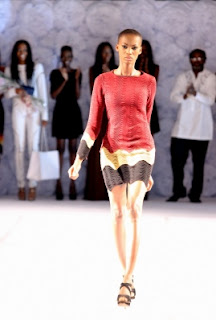 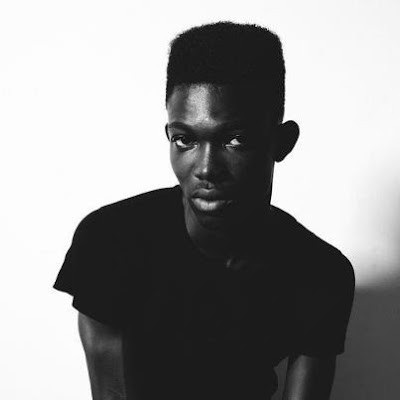 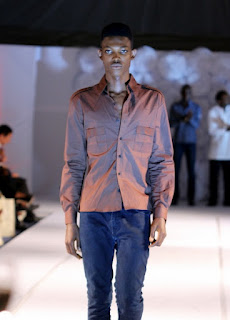 Posted by maestromedia at 5:26 PM No comments: Links to this post 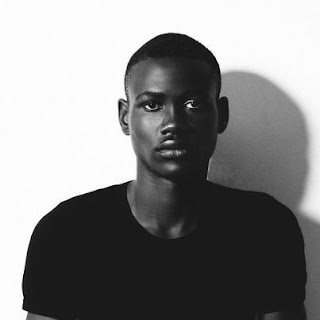 It's only a few hours remaining before the new top female and top male models emerge at the Elite Model Look Nigeria 2012 Competition taking place today by 7pm. This is the 5th edition of the competition. The venue of choice is the impressive Federal Palace Hotel, Ahmadu Bello Way, Victoria Island, Lagos.

10 deliciously gorgeous girls, some of the best choices by far so far in most modelling competition and 10 would be hunks, vying to become the next Naomi Campbell or Chanel Iman and Tyson Beckford respectively. This season's competition would be the most tightly contested ever, especially in the girls category, as any of the girls can win! We are especially rooting for a few of them. On the male side, there are 2 of the guys we think stand out, most especially Kimmie, who has this swag of a walk, that just exudes total confidence.

Many sponsors have fallen over themselves to be a part of this year's edition, the one and only FTV (Fashion Television), communications giant Etisalat, Electronics Giant Samsung, Moet Chandon, Ok!Nigeria Magazine, Black Up Paris & Montaigne Place, Cool FM, Spice TV just to mention a few. This is by far the biggest edition so far and many are waiting with bated breath to see what would happen tonite. There is the likelihood that a few of the past winners would also be around to add glamour to tonite's edition. Past winners are Tracy Onyekachukwu 2009, Annette Begg 2010, Chika Emmanuella 2011 and Chinwe Ejere 2012. And the 2012/13 winner is B..........&........

May the best(s) carry the day?

Posted by maestromedia at 2:51 PM No comments: Links to this post

Welcome back Brandy!!! Getting ready to reign again. She had gone quiet for a bit and we think she's now ready to resurrect her music career. She's always in the news every other day now. Promoting her upcoming album titled Two Eleven. One of the songs- Put it Down on the upcoming album, which featured Chris Brown is already on Nos. 5 on the Billboard charts already.

She just released the following Promo shots recently, check them out and see how hot hot she's become. Do you all agree? 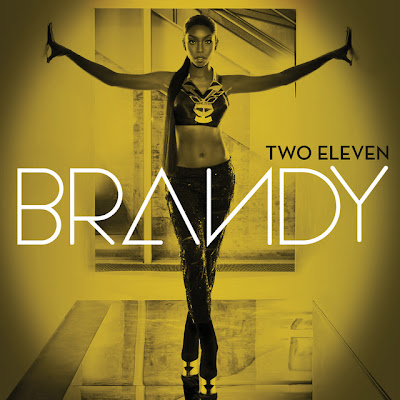 Posted by maestromedia at 1:14 PM No comments: Links to this post

The sad news that one of the pillars of Islam in Nigeria, in the person of Dr. Abdulateef Oladimeji Adegbite, the Seriki Musulumi & Baba Adinni of Egbaland came as shock. The 79 years old scholar, who until is death was the Secretary General of the Nigeria Supreme Council for Islamic Affairs passed on Friday night, September 28, 2012.

According to Alhaji Kamardeen Akintunde, the former Attorney General of the Western Region of Nigeria, died at about 7PM last night at his residence after a brief illness.

We join many other Nigerians and people all over the world to commiserate with the immediate family of the dearly departed. We also pray that his good soul should rest in peace. 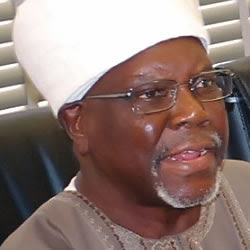 Posted by maestromedia at 12:36 PM 4 comments: Links to this post

Praise the Almighty God ooooo. The little boy Toniloba, 9 months old was kidnapped on Sunday, September 23, 2012 by a church member Comfort Amos has been found and in good health. And to cap it all the brain behind the crime, Comfort Amos was also captured.

Until the boy through God's help was found, everyone who knew or heard about the kidnap had their hearts in their mouths. It was a very fear-filled 6 days for everyone. The kidnap had occurred at the RCCG, Central Parish, Aminu Kano Crescent, Wuse II, Abuja.

The sad part of the whole kidnap drama is that Comfort was a known church member. A choir member for that matter and was one of the members under the Toni's dad, Timothy who is the Deputy Head of Department of the Choir of the church. The 40 year old lady had sat near where nursing mother's stay in the church while the service went on and even carried the 9 month's old baby pretending to play with him, before she later vanished with Toniloba. It took 6 days and plenty of prayers and fasting for the boy to be found, as we speak Toniloba is still in Benin, Edo State where he was found. But should with his parents soon.

All glory again to God. Praises to the God of Toniloba who defeated the terrible Goliath.

As Nigeria clocks 52 on Monday October 1, Encomium Weekly and Primetime Entertainment are rolling out the green carpet for the annual Green and White Groove.

The famous independence party, put together to celebrate Nigeria and Nigerians has become one of the most important events on October 1. And the organizers say it promises to get even better this year - with more star performances, higher celeb attendance, a new, improved venue, and thousands of patriotic Nigerians coming out to celebrate their country.

‘There are challenges, but every year, we move forward. This year, we’re celebrating our nation, and the positive-minded citizens who are determined to make Nigeria great, in spite of the many hurdles on the way’.

Already confirmed for the Monday October 1 event are superstar DJs Jimmy JATT and Vinnie, as well as the Kennis Music All Stars.

‘We’re having a dance and a party’, says Primetime’s Keke Ogungbe who adds that the event will be broadcast live on the Kennis Channel on Startimes.

The Green and White Groove will hold between 4 and 10pm on Monday October 1, at Anchor Event Place, Agidingbi, in Ikeja, Lagos. ‘Lagos will rock for six hours uninterrupted on Monday’, adds Keke’s partner Dayo Adeneye.

Those who truly care about Nigeria, who have as much stake as those in government and in the corridors of power, will participate in this event which renews hope and calls for greater dedication in nation building.

Guests, the organizers say, are drawn from pillars of comedy to giants of music and movies, serious professionals to incorrigible activists, super stars, uncommon entrepreneurs, to proud, positive Nigerians in all fields. 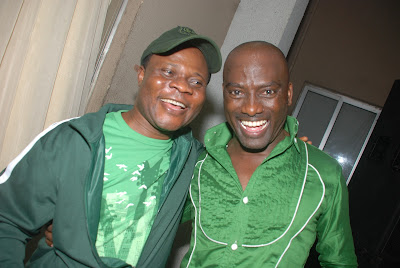 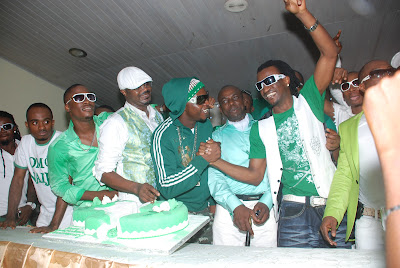 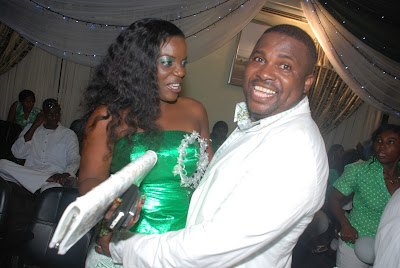 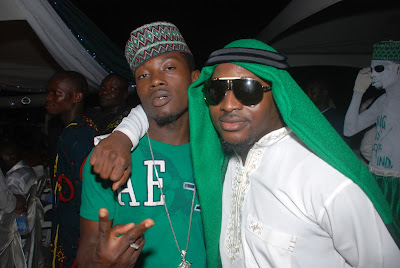