SEYI AFOLABI TINUBU FOR 2023. TO BE OR NOT TO BE, THAT'S THE QUESTION. 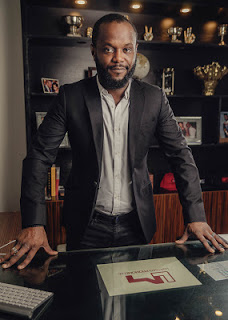 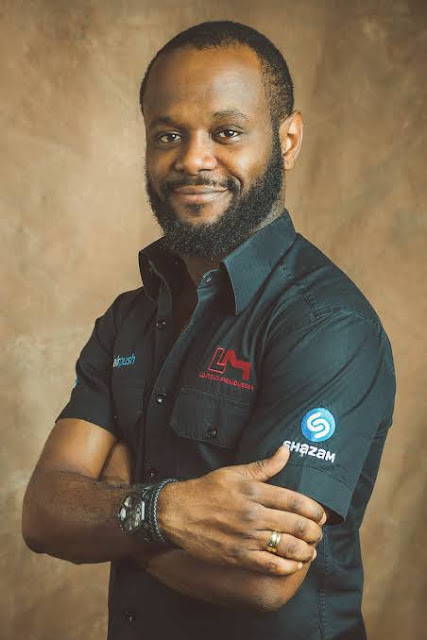 What does it actually mean, Seyi Tinubu for 2023? Would the young dude, who is a super successful business owner and multimillionaire many times over in his own right, who is currently the eldest son of the indefatigable leader of the ruling party, the APC getting set, getting prepared to hold political office come the year in question? If all we hear, if all that is getting discussed in very hush-hush tones is to be believed for certain, then maybe, just maybe, 'his excellency' come from that year-2023, might just be a title that could be added to the young man's name. Seyi a father of one, who is married to a stunning beauty by name Layal-Holm Tinubu, is the majority owner and chairman/CEO of one of the fastest growing advert agencies in Nigeria by name Loatsad Promomedia with headquarters in Lagos.

Though Loatsad is probably one of Seyi's main cash cow, which brings in a majority or very large percentage of his earnings, he is not limited to just that brand alone, the young, highly energetic dude, who is always on the lookout for profitable business opportunities to invest in, is also into very many other pies, that are yielding extraordinary results too. He is in fact into construction too, by that we mean roads, roads marking, housing etc.

One of the major reasons for him vigorously enlarging his coast business wise and doing his own personal steez, is because he made up his mind quite early to do all that's possible, to personally build wealth for himself too by the dint of hardwork, be able to stand as a man of his own, even as it is obvious that come what may, he would inherit a staggering amount of wealth in cash, properties and connections, whenever his dad would would decide to hand over the reigns of the vast and supposedly quite intimidating empire to him. The dude is already undergoing tutelage to handle such enormity, when the time comes.

Loatsad, which is Seyi's most visible hand has some of the biggest and best LED screens in Lagos, located at the most strategic of places. The 4 on the Lekki toll gates, by that we mean inwards and outwards on the Lekki-Ajah expressways are all, always booked. By conservative estimate, a brand pays 10million Naira to advertise per month on the screen, for just one brand in 12 months alone, that's 120m, now multiply the nos of brands by about 7, that comes to a staggering 840 (Eight hundred and Forty million Naira) in just a year from just 2 screens in one location alone. Plus or minus, if a sizeable discount is given, like it applies to series adverts, at least an estimated amount of not less than 500 million Naira comes in from the Lekki toll gate location LEDs alone. That's the one by Oriental Hotel alone. There's the one by the other toll gate further down after Chevron roundabout, there's also the LED by Lekki bridge-Alexander Street roundabout, there's also now the new one by the bridge near the Law School if you are climbing from Ozumba Mbadiwe going towards Falomo, the 2nd of that one facing another side is still upcoming too. That's 4 locations right now and more still upcoming. All of these haven't added at all, the several lampposts they own, that dots strategic streets or roads in Lagos.

So conservatively estimated, earnings from Loatsad alone could amount to in the excess of 1 billion plus per year, from the different locations! So when you see the young man, a lawyer by training and businessman by vocation riding around in wonders-'on-wheels of any kind, a few of the outstanding ones that he has in his collection in his enviable garage, you must know for sure that he has the personal wherewithal/resources to afford them without yet touching his father's perceived, humongous wealth.

Seyi is viewed or perceived by many, as a Davido on steroids, but way way quiet. Yeah, Davido can afford to be loud as he is in the entertainment industry and that's one of the requirements. Both have stunningly liquid fathers. Lest we forget, Seyi is also into the entertainment industry in a quiet way, as he has invested into it too. He is known to be close to Olamide Adedeji, arguably the king of the streets. We know for sure that there was a time, he was a quiet owner of a record label.

For those who do not know, this young man, who has won several local and international awards for his exploits so far in business and who has in his employ at least close to a hundred staff members (100), is a philanthropist par excellence. Stories abounds of several unbelievable interventions, personally and through his 'Noella Foundation', which is his official CSR arm to reach out to people. The foundation in the last year have done outstandingly well.

So back to the permutations about 2023. Seyi is known to have the ears of his powerful dad-Asiwaju Bola Ahmed Tinubu. And the growing speculation is that he is being prepared for higher office, the office of the Governor of Lagos. Though some have laughed hilariously at the idea, in the same vein, some have taken it serious too and are not seeing it as an expensive joke at all. They point at various chess moves that have already taken place and that would still take place too, to make the move happen.

If the idea were to be true, what that would imply is that the current Governor, His Excellency, Babajide Olusola Sanwoolu and his team would then be doing just one term, with BOS as the Chief executive of the State of Excellence for just 4 years only?

Would that be allowed to happen?

Or are we going to be seeing another Ambode type of resistance upcoming ????

Or better still would the ambition be pushed till 2027 instead?
Posted by maestromedia at 12:07 PM

Joke of the month.

im not sure why the guy is even trying this hard to sell himself, your father owns Lagos state including all of us that live in the state.Our votes won't count so basically we have zero impact at the polls.If you want to contest just pick any of the post you want,im sure sanwo-olu,mc oluomo and a host of your father's lieutenants will gladly pay for your form and even campaign costs.I will be surprised if he isn't appointed unopposed sef.

Not joke of the month at all. Tinubu has been lagosians firmly in his palms and he can manipulate them any which way unchallenged. The so called powers that be in Lagos are all a bunch of toothless cowards

Remi Tinubu will be Governor before him. Even that is a very tall order.

we will make them understand lagos is not a monarchy what rubbish..so collecting 1 billion a year is not enough?

I doubt if his father will ever be relevant again after this administration. He has disappointed the west so much he is no longer asiwaju but rather atilekun. He has ramped up a lot of enemies and he has revealed to us who he is. This one is just riding his father’s coat tails. Can you imagine a new entrant dominating and control the billboard ad industry and kicking out already established firm if not that he is giving approvals and some other advantages? One day, one day an administration will come in that will give us justice. They can enjoy for now. The world is a much smaller place now. No place to hide.

Point of correction, Seyi is a father of 2, Noella and Alexander Tinubu.

Father of how many did you say ??? I laugh in Spanish

Son of a rouge and a rouge himself

Aloba go and carry betta gist, its been a long while

Seyi is a serial rapist!

Seyi is a serial rapist!

He is indeed a father of 2

shame on you Freda for trying to force seyi to accept u & and ur child. what were u thinking? for him to leave Layal to be with u ? women never learn. small seyi! even that one rubbished you. you suppose hide ur head inside pit toilet

She did it for the mula na. She’s still getting it. It was never deeper than that

The Trials of Being Me said...