YORU-NOLLY IYABO OJO AND FORMER BFF TEARS EACH OTHER APART OVER MAN OR WHAT? 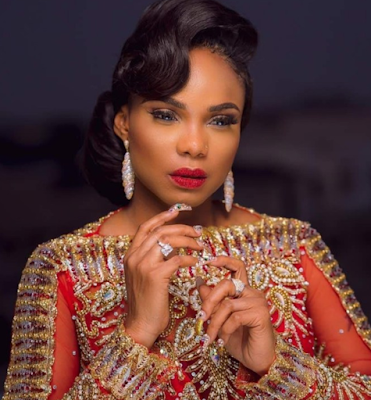 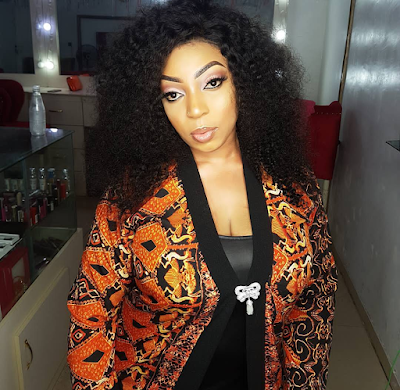 Later when some of these people are tagged or described as ratchets, they and their fans would start feeling bad, thinking they are being unjustly lampooned! But they would have forgotten that their sometimes very ratchet behaviours or actions is the culprit.

Imagine that both combatants in this mortal combat are supposed public personalities or public figures, in other words celebs. One is the renowned Yoruba Nollywood actress who just clocked 40 very recently and had a major celebration to mark it, and that's none other than "Mama Alamala" Iyabo Ojo. On the other side as her combatant, said to be an entrepreneur par excellence. is Madam Lara owner of Larritt's shoe village in Ikeja, who used to be Iyabo's "best friend forever" before now, but who has now somewhat become her mortal enemy, hence the mortal combat, no holds barred competition!

What is the genesis of their issues, problems with each other, no one can particularly say, but people are coming up with many congestions of all types! And all of the congestions beggars belief in all entirety!

According to the gist, both ladies were best friends forever, each were each other's confidante revealing things all others don't know to each other. So close were they said to have been that each sleeps at each other's home, eat from the same plate, "wear and co' and supported each other over and above all others before, before things suddenly went south and both would now do whatever it takes to take each other down to the gutters. Just imagine that at the 40th birthday party/event of Iyabo Ojo, Lara was not seen at all. Also at the 50th birthday celebration of Wasiu Alabi Ajibola Odetola PASUMA, though both attended, but they were in opposing camps, with sparks literally flying between the 2 camps, both not ready to back down at all for each other.

What is/are the issue (s)? Or what was the issue? According to the gist, it all boils down to betrayal of the most unbelievable kind! And things are somewhat pointed at PASUMA! How?

The gist has it that Lara, the very passionate and hardworking entrepreneur has been Pasuma's known heartthrob now for upwards of a decade (10 years). That the musician and Lara have been known lovers by all is said to be a common knowledge. Lara supposedly doesn't for any reason joke with this her well well nurtured relationship of many years and would treat anyone's fuvk up, who dares to overstep their boundaries when it comes to it.

Iyabo Ojo is said to have been very very close and cosy and friendly with Alhaji Pasuma's buddy Santana before, which in itself was no problem. But somehow, somewhat, Iyabo's friendship with PASUMA was thought to have moved from just a friendship to a much more 'closer' relationship. All the while Lara is still Pasuma's lover and still a close friend of Iyabo!

Knowledge of what supposedly must have gone down behind her back is supposedly now the issue of betrayal between two erstwhile best buddies. Lara is particularly pained from our findings because she's said to be an extremely loyal friend to her close circle of friends. According to the gist, Lara is the sort that she enters into and fights her friends battle for them, though it doesn't necessarily concern her. She is seen and acknowledged as the epitome of loyalty, so she expects same from her friends too. So when the same virtue/trait she gives and shows is not reciprocated or betrayed it gets deep with her.

Now that the issue(s) has/have become public, would both combatants sheath their swords and find an amicable settlement? That we don't know. Or would elders come between them to help sort out matters? That's still to be seen. For now we all just hope that both combatants can learn to keep their private matters private and stop washing each others linen in public!
Posted by maestromedia at 2:18 PM

YOU SAID IT PERFECTLY ALOBA. THEY WERE ALL NOT ONLY TRASHY BUT VERY RATCHET

Aloba wa gbayi you don post am. Anyways the story around is that iyabo was sleeping with pasuma behind lariitshoevilage @Lara olukotun and they were known to be besties. People says lara is a mega big girl compare to iyabo, but she likes to friends with celebrities. From their circle people hinted that iyabo and pasuma don dey do tey tey but she matched them and still deceiving the lara to still steal to do it at her back with pasuma.thats whats online o. Lara curse all of iyabo's voltrons because she said she was betrayed by iyabo , painfully they eat, sleep on same bed and even share secrets, lara has moved on and left iyabo to hrr conscience. Its on intagram on lara's page.

Ooh that lara babe and iyabo fight. That babe is bigger than that fight na, she has a new store around lekki now. Lara fine woman.leave pasuma for her, I think theres more to iyabo and pasuma (OKAFORS LAW THINGS) seriously why are they sleeping in turns with pasuma? Sometime ago the busty actress ronke odusanya ididowo and many of them dated the man.

Pasuma's friend long time ago niyen ooo, dare santana..where are they now? Nowhere to be found with his group, likes of rotimi ajanoku. Only shina peller still on point working hard with his investments.

That reminds me news on blogs says liz da silver just rent a duplex in lekki, pictures are online. Liz da silver how is uyour former bestie iyabo ojo, because youre both managing your ftiendship for now. Liz am happy for you.

Aloba! You said, they are public figures! Don't know them though!

Off Point and I am not hating. I know none of this ladies. I happen to bump unto the laritshoevillag handle on Insta some days back. Honestly anyone that knows desginer shoes/bag know those are not original brand of Feragamo, Gucci et al. They are China made copy shoes. Those are the cloned designer shoes/bags that gets seized at some immigration entry point in Italy when tourists wear them. How can a pair of Feragamo cost N35K? Even when on sales two seasons back the least a pair will cost is Euro350 in an outlet mall. Do the conversion..

You either Get a new phone, proof read before sending or attend adult classes. 🤦🏼‍♀️

Aloba meant local champions. Who are these ones? Never heard of them before

Iyabo’s major dilemma is olojukokoro! I respect and love loyal people as friends, how can you turn on a good friend like that? All because you aren’t satisfied and your slanty snake eyes are entering anothers’.. na wah! These actresses are vicious and never show any remorse. I’ve had people like this in my naive girl days, it hurt so bad because I was a friend to each of them 101% , but no they wanted mine at all cost! I couldn’t fathom why they’d give up what I thought was a bond for what they thought my man could give them, plus all the ojuju they were running around doing! Oh boy I weak when I discovered. I still believe there are good women and friends out there, but ladies be wise o. This life is one pot of hot boiling beans.

Anonymous 9.38pm,this is a hate speech. She has it written on her page that they are not original,she copies them and makes the exact shoes from a shoe factory abroad. She didn't lie about it,a whole lotta big gals in lagos go to shop from her cos her things look very real. So shut ur trap nd stop hating on someone's hustle.