LAGOS MOST HAPPENING SISTER DUO WHO SHARE BETWEEN THEM 2 CHIEF EXECUTIVES! 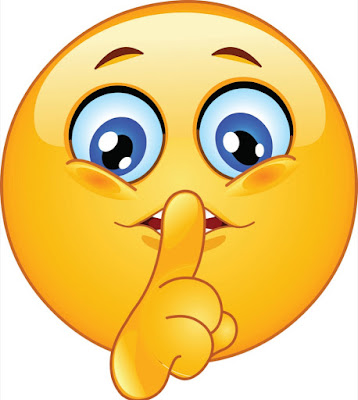 Apart from a few other states, like the oil rich states of the South-South none can be compared to this state of aquatic excellence. There's in fact no criteria via which you can compare this state with, it stands out. And whoever mans it, is a big boy of the highest caliber.

This ladies, we mean the duo we are focusing on or talking about are blood sisters from the same mom. In fact they are about 3 sisters in all if we can still remember very well. And they are highly connected too. One was a side-chic to a former Chief Executive, who was discarded unceremoniously not too long ago for another to take his spot, whilst the sister was enjoying the ears of the former dude, she gave her sister to the one who took over from the one now discarded. The one who gave her sister to the new helmsman had also dated the dude before! Just imagine that,. But the one she was dating then was the main boss, while the one she gave the sister was in charge of a Government institution or parastatal then, but he would later be picked for the top job.

While sister was in the hands of the now out gone, she had major fun. Her house in GRA, Ikeja, Lagos is a testament to the largess she enjoyed. We all know truly that to own a house in GRA, Ikeja is comparable to owning an edifice in old Ikoyi, Lagos. So no be beans at all.

Now it's the turn of the other sister now, as her investment is now in power and it is time to eat the fruits of endurance & labor. It was as if when dude was just in charge of the Government institution he wasn't well to do enough, na na na he was very very okay, in fact stupendously so, it's just that he has now being elevated far far above his own dream now. What he controls now, is totally outstanding and because he is known to be exceptionally generous, this lady may already be on a ride of her life, in fact she's on a roller coaster of outrageous fun.

At the inauguration of our bespectacled Bobo, the whole family, by that we mean, all the sisters with even their mom in tow, came in full regalia & glory, wearing the special uniform/color of the day with exceptional aplomb and they were seen showing how connected they are to the new power!

Both sisters have dated the same dude, while one left to date another who was in power before, she left her sister to continue to service the new dude.

When it is said that some things runs in the family. Now you would have the understanding of what we mean by that.

Posted by maestromedia at 11:33 AM

Decoders Oya ooo over to you. As maestro haven’t led us a clue.

Largess that will end in hell fire. All to what end?

Obviously TM and her sister.

Who are the sisters?

Mentioned Mother but their Mum is late. Same thought I had until I saw Mother.

Also this. They are not Ikeja people at all. @ While sister was in the hands of the now out gone, she had major fun. Her house in GRA, Ikeja,

They might not have a biological mother but they have an adopted mother. This write up is definitely TM and sister

Their adoptive Mother doesn’t encourage “feferity!” Mrs. A won’t have followed them to that kind of thing. With her husband yes but not following her adoptive daughters who do runs to the inauguration of one of the daughter’s lover.