SUSAN EYO HONESTY & GLITERRATI. TO BE OR NOT TO BE 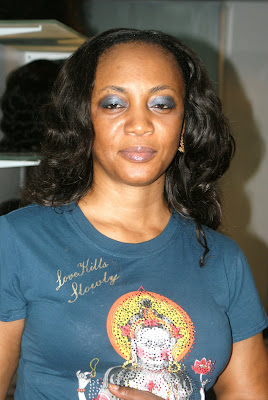 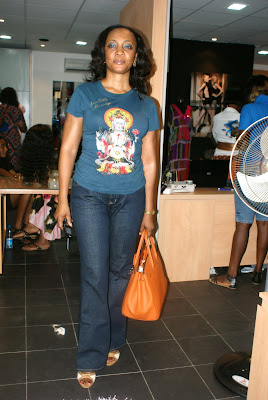 Am very sure the name rings a bell, that's talking about the former deputy editor in chief at one of the best read soft sell magazine in Nigeria-Citypeople. Former?, some would ask, that's because she resigned at the magazine quietly sometime ago, after many years, holding sway as the deputy editor in chief, she was one of the founding members of the magazine, where Mr Seye Kehinde , is the editor in chief/publisher/MD. She had resigned to face squarely her passion, her fashion house-Eve 2000,which she had been running alongside her media work at Citypeople magazine. Whats in the news right now, though unconfirmed, is that she's been head hunted by the duke of journalism and the most flamboyant at that-Prince Nduka Obaigbena, the publisher of ThisDay newspapers to run the sunday-sunday lifestyle pull out-Gliterrati, as at the time this report was been written, MM couldnt get an affirmative from the journalist turned fashion designer to confirm, if she would take up the new challenge. Ms. Honesty is a veteran journalist of over 15 years and if the job is taken by her, it would be something that she can excel very well in.
Posted by maestromedia at 6:16 PM