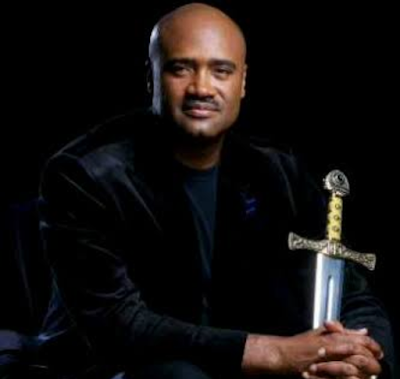 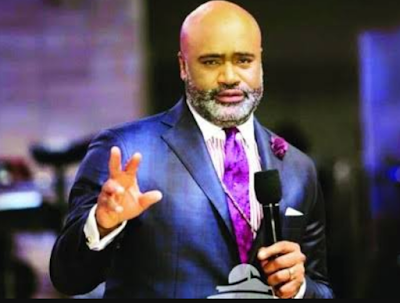 He is undoubtedly in the "league of billionaire" pastors no doubt about that and that is talking about the handsome, bald headed, man of god, Pastor Paul Adefarasin, the head pastor of the 22nd century House on the Rock.

The man in his 50s seems to be following the Yoruba's word of wisdom which when paraphrased says "It is first the Earth we enjoy, before the Heaven"!

The idea behind the name his church bears is to convey the message of a "house that's built on a solid & unshakeable foundation. A Christian well founded, well established on a sure/firm foundation.

His church is a gathering of the "funkiest"  most happening and very liquid of people, passing across the message somewhat that God wants the salvation of all kinds, the funky, the super stylish, the classy and very liquid.

The American trained architect, a graduate of the University of Miami, who is married to the delectably and ravishingly gorgeous Ifeanyi Adefarasin, nee Mordi a former Miss UNILAG has really done very well for himself.

That he is super rich is not in doubt, in fact he is stupendously rich or should we say wealthy. A testament to that fact can be gleamed from his choice automobiles, which are numerous. Many of which we hear are gifts from very grateful congregants, happy at what they believed their pastor has contributed towards their growth and lives. The man has sure got swag and in over abundance at that.

What we love about him is that he doesn't hide his status, he speaks it, dress it, exudes it and acts it.

His church, a super palatial and humongous edifice, that can rival any from any part of the world is worth several billions of Naira and sits several thousands at a go, who worships at least twice a week. A large percentage of these people are givers no doubt.

Why is this "certified Naira Billionaire" in the news? It has to do with a befitting, heavenly styled mansion/edifice that is under construction at the famous Banana Island Ikoyi, said to be owned by him.

We all already know very well that lands in that part of Lagos is like owning an oil well, so depending on size and location that would have cost the man of god, between 500 million and a billion if not more. That's just for the land, now after acquiring a land at such a cost, the kind of edifice one would build on it.

Banana Island is that stretch of land that separates "boys from men", if you are not able don't even extend your neck at all. House rent there is out of the world, not to talk of buying and building a property!

So Pastor Paul is already having a taste of Paradise here on earth before the heavenly kind.
Posted by maestromedia at 1:10 PM

Vanity upon vanity....all is vanity.