YOUNG PEOPLE BEWARE! ALL THESE JOB VACANCIES ABROAD COULD LEAD TO DEATH! 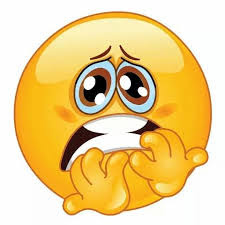 PLEASE BE WARNED. The stories written about below are gory ones and scary!

It is better to be cautious than to be stupid. Or better still it is best to err on the side of good judgement or still better, it is best to be alive than be a dead mutilated fool.

We don't know how far true the stories we are getting are, but we hear that there's a syndicate that has perfected a way to traffic gullible young men and especially women to their deaths.

According to the unconfirmed gist, people are lured by offers of jobs in foreign countries. The bait is that those so interested would earn hard currency like dollars, which because of the terrible recession has quadruple in value excessively. Once the damned ones take the bait, all is done to facilitate their traveling out of the country as quickly as possible, most often and most likely that might be their last trip ever.

Alas! Instead of the expected golden fleece and change of life and status, once they get abroad they are handed over to those paid to farm for "human organs"; These dastardly ones would kill such trapped ones brutally, in order to remove their kidneys, livers and all other organs they might want or need to remove for sale!!!

What desperation has turned some people into cannot be imagined at all! So please warn your wards, family members and loved ones. Desperation to make money at all cost has turned many to partners and agents of Satan.

We have seen a "few videos" that are just too horrific, utterly and disgustingly despicable, too scary to be posted on any form of media where young ladies whose only faults as we can put it, is wanting a better life for themselves, as they are slaughtered alive without any form of mercy by agents of the devil.

2 of these videos show young very scared girls executed in the crudest and most violent of forms. While one a had a heavy wood smashed on her head and then stabbed repeatedly. The other was first strangled and then macheted and stabbed continuously, even after she must have given up the ghost!

So like we have said above, your lives are in your own hands, do not stupidly give it up to those who would kill without any form of remorse whatsoever.

So like they say, "to forewarned, is to be forewarned".