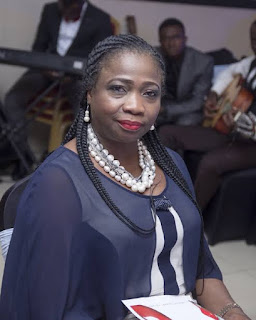 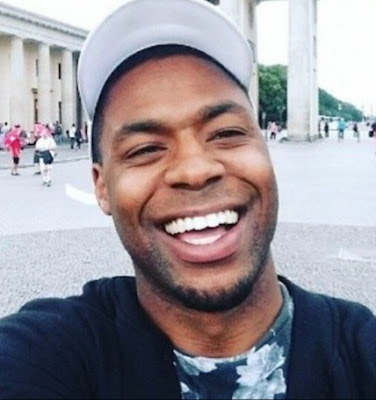 In a statement by her media aide, Abdur-Rahman Balogun, said that such an attitude was unpatriotic, and an unconscionable act of indiscipline

Dabiri-Erewa said she received a report that Emohime went to the Nigeria Embasy in London on Monday,

He had approached the Embassy to collect his passport which expired since Nov 2017 at about 2 p.m and was told collection of passports closes at 1pm.


He thereafter left agitated and returned from a nearby hotel to destroy about seven cars,5 belonging to the mission, and 2 to visitors who parked near by.

"I am told that he has been arrested by the police. "

He destroyed seven brand new cars , except the Ambassador's car which is bullet proof.

“ This is a despicable act, which must be condemned by all. Of course, the law must take its course", .

Dabiri-Erewa implored Nigerians abroad to exercise restraint and be good ambassadors of Nigeria at all times in all circumstances.

Why did you take down the 50th birthday post?

Okay Abike! I will wait for the guy’s version! There’s always two sides to every story!

Hes already served time for assaulting a colleague at his job at McDonalds burger joint. A sad person lost in London no upbringing. A lot of Nigerian youth born in the UK in the 80s up to now are in gangs and ending up in jail. I was at the High Commission a month ago and it was so organised, neat and the staff were exemplary. You have to come with your slip confirming your appointment, if you do forget it you just need to go to a business centre and print out another copy as everything is now online. This Jeffrey guy is a thug and deserves no sympathy. He's just disgraced our name yet again.

I'm just here frozen and still wondering what to do. Last night, I found out my husband is cheating with a girl in her 20s. I have 100% evidence of this and it has shocked me like no other. What do I do? Confront him? Or pretend I don't know? I'm so confused. Tempted to deal with him codedly and post her number and photos online because she is FULLY aware that he has a family. He doesn't know that I know so I'm having to suffer in silence until I decide what to do. Please advice, I need moral support.

They deserved it. The evil the Nigerian High Commission in London has done in this world is enough, they should free the guy.

Because of the expose of oga's numerous babes, so palms has been greased.

Why did u take the 50th birthday post ! Just remove sensitive comments

The guy is a criminal he was arrested for attacking staff at a burger joint in 2017 hackney police report. He is scum. Lucky he didn’t come with a gun

It really does not take a genius to figure out that a passport issued on the 6th of June, still could not be collected by it's rightful owner on the 17th of June 11 DAYS LATER!!! Now the Nigerian authorities are playing thou art holy.

Cant justify the lack of control our brother displayed, but can understand the level of frustration that would cause such an outburst. Instead of Abike to look into the processes and procedures, the myopic focus is on the damage caused. There us no way they want to claim a passport cannot be claimed without the slip. That one is just to save face, the authorities will package excuses to make the young man look bad, but the truth is Nigeria runs on a broken, crooked and CORRUPT system.


Anyone who has ever had to apply for a Nigerian Passport/Visa from anywhere they are issued will understand that it is considerably difficult. I personally can testify to that.

These people will make no considerations for emergency travel. Except you know someone well placed within them. How can a country run like this??? On top of the stress to get the Nigerian Passport, where does it take to you to??? Which developed and civilised nations???? That's where another struggle begins.

Meanwhile the British passport can enter over 75% of Countries on Earth Visa FREE, and can be renewed in as little as 24-72 hours.


Oh Nigeria we hail thee. We are a special bunch.


Sorry for the epistle, but it pains me. We are far FAR FAAARRR from achieving first world standards.

Whatever it was, he didn’t have the right to act in such manner. Well, he will face the law now and NO ONE can save him until he pays for his stupidity

Do both, deal with him in private and expose the girl to the world, we will help u finish work ...

They both scum ... to all the morons that will advice that we only face the husband thunder fire y'all !!! Deal with both of them ...

Confront him and end the relationship now before she carries belle. Then remove your rose tinted glasses and look at your marriage properly. If he has money start collecting every chance you get and putting your share away. Because there must be extra money if he can have girlfriends in this recession. Get mercenary

Comment above you are Supporting a drug addict security guard against your own country. Fool