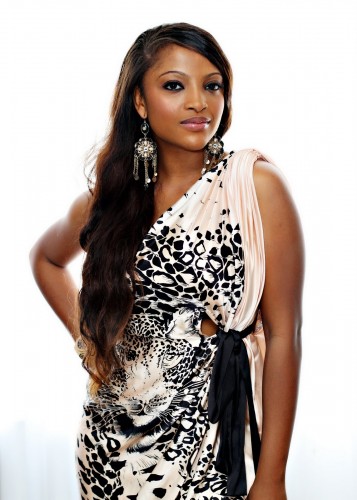 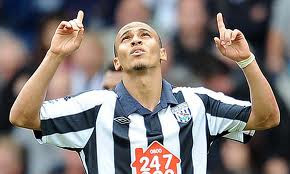 There is the ongoing gist all over town, about an upcoming nuptial between top Nigerian striker Osaze Odenwingie and top celeb-Freda Edewor Francis, the gist has gained so much ground to the extent that it even came out on the cover of a magazine recently.

But according to our findings, we can tell you for FREE!!!, that there is no such thing happening, and that even if that thought has even crossed the mind of both people mentioned, the so called upcoming nuptial, might not be in the immediate future. According to one of those we spoke with, who answered us after a very long laugh, the handsome footballer, who plies his trade with West Bromwich Albion and Freda are merely friends, just like she's just a friend to Don Jazzy, who was also said to be her former lover. According to their mutual friends, both are said to very good friends, who enjoy each other’s company, so no particular love string(s) attached. 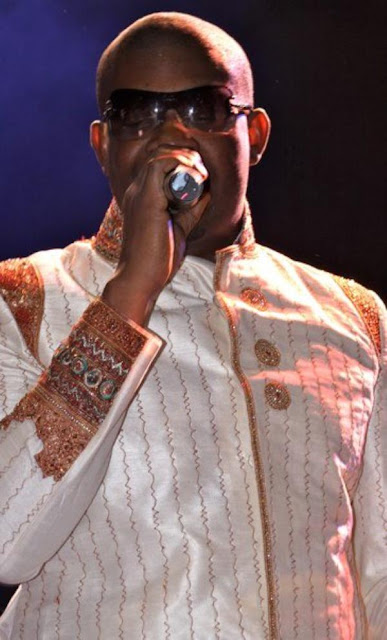 We would just like to say, we believe them, but we would be waiting to see any new LOVE development in the lives of the trio, as it unfolds. Wink!!!!

Posted by maestromedia at 1:26 PM

hahahaha i laugh in spanish, Freda is crazy, telling everybody she is dating osazee when instead she F-ed him couple of times and remained friends so she could carry on with her delusional story.
Osazee, is in a realtionship pls freda leave him alone.

this freda has to be biggest slut in lagos...i doubt in man i his right mind wwould dare take this girl home to mama. she has been linked to too many men, it's got to be crazy. i am not saying marriage is be all end all, but iwonba ni nkan dun mo. i mean, go into hibernatio small and stop commonizing yourself. even a man is sincerely intersted in this chic, all he has to do is google her and call a few freinds in lagos and lo ba tan. this chic has wrecked her on life to the poit where most of the guys chasig her now, jsut want to debe..yeah, they just want to buy her fendi sandals, bang her, and clean mouth. o ma se o. omo re abi su won na

WOW! If these comments are true then, I'd be really disappointed. She's such a beautiful and classy lady and always admired her because I thought she was savvy and successful in her own right. :-(

aw...so how do you define clasS? chanel bags or the number of big boys you ve banged or both?

My dear anon 2:06pm, no need for the stupid sarcasm. What I meant to say is she looks beautiful and classy. I have never met her before, I have only seen pictures and she always looks classy. Well dressed, not over or under dressed. No ridiculously tight clothes or spilling boobs. Usually nice hair, no stupid lace wigs or silly colours. Whatever beef you have with her, you must admit that she looks good. And my problem here is that a lady like this should not be sleeping around and making a darn fool of herself (if that is true). From what I know, she comes from a good home, she is beautiful and so there's no need to lower herself to all these levels. Now, that is my point. If it was all these local champions, then I wouldn't be surprised but i believe that she of all people should know better. So, I am disappointed :-(

SHAME ON YOU FREDA EDEWOR AFTER YOU HAVE FUCKED THE ENTIRE RICH MEN IN LAGOS STATE YOU WANT TO MARRY OSAZE JUST BECAUSE HE IS A FOOTBALLER AND DOES NOT KNOW YOU WELL ENH???
YOU LIE ....... ARE YOU NOW TIRED OF FUCKING FOR LOUBOUTINS AND CHANEL BAGS?? I GUESS NOT
YOU FUCKED DON JAZZY AS WELL YEPKA!!!!! DIS BABE YOU SURPRISE ME
OH WELL NA YOU GET YOUR VAGINA

If y'all got so much to say, go tell it to her face. ANONYMOUS. Cowards. Anyway, good looking girl. If all this is true, she needs to stop. It's bad for her image, unless she doesn't care.

Poor Osaze! Someone please call 911 for this girl. I agree, she looks nice. However, if she is dirty on the inside the outward appearance pales in comparison to the inside!

This is clearly aa smear campaign!i have met this chic and she is not a slut abeg! She is so polite and well mannered! Kai! u pple stop hating! i pray its true and osaze marries her.