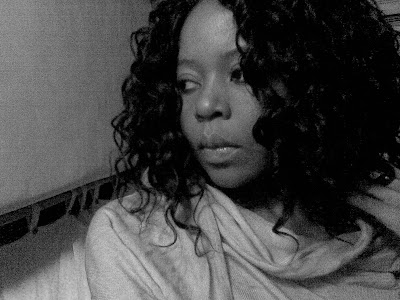 'Onions Make Us Cry' a play from Nigeria to be presented in London's National Theatre.


Zainab Jallo, a poet and playwright from Nigeria has won the West African zonal prize of the Arterial Network maiden continental Playwriting Competition.
Jallo’s play, Onions Make Us Cry, and five others from other zones (Northern Africa, Central Africa, Southern Africa, Eastern Africa and Western Africa) came top in the zonal finals.
As a means to encourage innovation and excellence within the African creative sector, as well as creating platforms to project African artists and their work into the regional and global markets, the organisers of the competition - Arterial Network decided to engage in continental competitions in various disciplines. The first of these was a playwriting competition organised in association with Teatr Nowy in Poland, the National Arts Festival and the Artscape Theatre Centre in South Africa and the National Theatre Studio in London. More than 300 submissions were received, and after a lengthy selection process, six writers have been selected as regional winners of this inaugural competition.
The six winners will participate in a weeklong dramaturgical workshop at the National Theatre Studio from 21-25 November, and will be introduced – and have their work introduced – to leading players in the British theatre industry. Besides Zainabu's Onions Make Us Cry other winners were Driss Ksikes, MoroccoOedipades, (North Africa);Ba’bila Mutia, Cameroon, The Road to Goma (Central Africa); Oduor Jagero/Ken Odour Anthony, Kenya Makemendes Vies for President (East Africa); Megan Furniss, South Africa, The Tent and Tawanda Mutero Kanengoni, Zimbabwe Silent Words (Southern Africa).

One of the aims of the competition is to publish these works in a collection in order to circulate the plays and their writers globally. It is also the intention that at least one of these plays will be selected for a full-scale production by a European Theatre in 2012, and that all six plays will be considered to be staged as readings by various theatres and festivals around the world.
Organisers say the contest and several others that Arterial Network’s plans in other fields of the arts are the body’s way “of encouraging innovation and excellence within the African creative sector, as well as creating platforms to project African artists and their work into the regional and global markets.”
About the Playwright (Zainabu Jallo)
Zainabu Jallo’s Onions Make Us Cry was first drafted at The Royal Court Theatre London in August 2008, where she was a part of a residency for international playwrights.
In 2009, she was offered a literary fellowship at the Global Arts Village, New Delhi where Onions Make Us Cry was first presented.
As a participant in Contact Theatre’s Contacting the World Project held inManchester in 2004, Zainabu began to share her work with other writers from around the world.
From 2007, she has been participating in the New Writing in Drama Project by the British Council and the Royal Court Theatre London where she developed Saraya Dangana.
Zainabu facilitated Masterclasses at the Garden Literary Festival in December 2010alongside Wole Soyinka and Helon Habila. She was also a nominee of the 2010 Future Awards for the Creative Artist of the Year.
Zainabu, who has two published plays and a collection of open style poetry, has just completed her third play Holy Night. She continues to write abstract essays which she debuted with as a writer.
About the Play
Onions Make Us Cry is an absolutely fascinating unusual play. The playwright dares to create a fresh style with poetic dialogues and a brilliant use of metaphors!
The play was nominated for the 2010 NLNG prize for literature and was performed at the LARK, a festival of plays in New York in March 2011.
The play which has been performed at various locations in Nigeria, Manchester and New York is also billed to be performed at the Africa 101 Arts Campus, Cape Town South Africa on Saturday, 29 October.
Onions Make Us Cryis published in Nigeria by Macmillan Publishers.
www.zainabujallo.com
For more information
or to arrange interviews please contact Zainabu Jallo’s agent:

Posted by maestromedia at 10:30 AM

am a literature student interested in researching on unique plays.Jallo has pleased me.