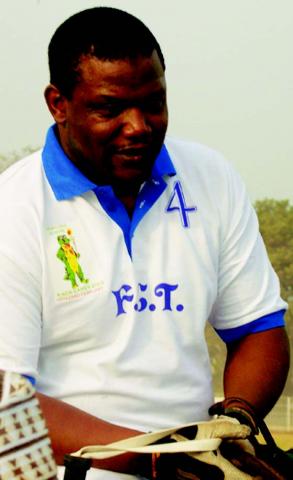 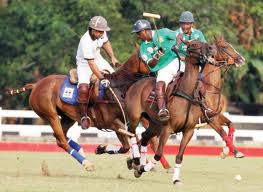 The heir-apparent to the ‘’Babangida empire’’-Mohammed Babangida, who is the first son of the man everyone has come to know by many monikers- some call him Maradona, while others love to refer to him as the ‘Evil Genius’, the former Military President of Nigeria-General Ibrahim Badamasi Babangida, hit the big 40 a few days ago.


Mohammed is the Polo loving & playing son of the former President, who apart from owning is own Polo team (He is the Patron of the El-Amin Polo Club), that keeps some of the best Horses one can see anywhere in the world, he is also a Director of Unity Bank Plc, He is the Executive Director of El-Amin International Schools, a school that was founded by his late mom-Maryam Babangida, he is also the Executive Chairman of Profile Group of Companies, which comprises of companies in the oil and gas industry, security services, Estate Development & Management, IT …..Etc. He was at a point a Special Advisor to Santa Isabel Petroleum Company, a subsidiary of the China National Petroleum Company.


The actual birthday date was Thursday, February 2, 2012 and to celebrate hitting the very significant age-40 years old (a number that has come to symbolize a rebirth or the beginning of a new life), family members and friends threw for him a private party that had ‘just about a hundred guests’ in attendance. The venue was the very imposing mansion atop the hill in Minna i.e. General Babangida’s Hilltop Mansion in the Niger state’s capital, which many have said is a replica of the Aso Rock Presidential Villa. Some of those in attendance said it was a fantastic party. We are still waiting to receive the party pictures to bring to your viewing delight.
HAPPY BELATED BIRTHDAY TO THE QUIET GENTLEMAN.
Posted by maestromedia at 8:24 PM

Which one of his wives hosted this dinner, Rahma Indimi or Umma Wali?

Ha! Ha!! Or maybe one of his mistresses.

his mistress???the one that your papa or mama imposed on him or abi na your parents be his pimp??idiot !! screw you!! get a life bitch!!