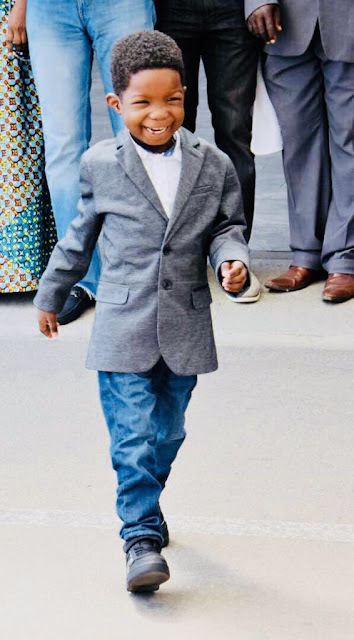 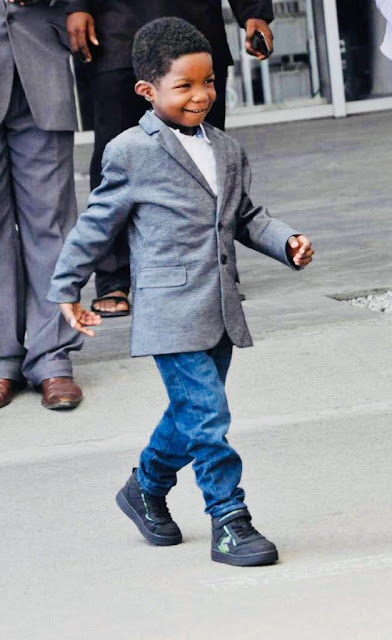 The young kid, Little Ali Ahmadu whose life and future had seemingly been devastated by the dastardly Boko Haram sect by an attack that had consigned him to the wheel chair awaiting a life of most probably begging or as a destitute (cripple), is now back in the country after his very successful operation in Dubai which lasted all of 3 months that has restored spring to his feet and bounce to his gait.

The young dude whose legs have been restored back to normal was in high spirit and was all smiles as he was shown to the media bouncing on his legs. He said he was fine and would love to become a policeman so as to help others and save them from harm.

With him back hale and hearty, ready to face the future head long, the foundation that helped to get him back on his feet has also promised to fund his education too. In furtherance of their philanthropic gesture to Ali, the foundation has also announced a scholarship that would take care of the little boy's education from the primary up to the tertiary institution.

Posted by maestromedia at 10:06 AM

Thank God for his life 🙏🏽 Some good news in the midst of all these chaos.

Igho Sanomi is spinning his come back game well I can see,trying to untangle himself from efcc wahala by aligning himself with Saraki, return the money you also looted in conjunction with Dieazani during Jonathan's era, not by using innocent people to rebrand yourself!

kai someone cannot do good again o..you sound like a wicked person that laughs at misfortune please change

At Anon 10.55 You see! That is the problem with our society? The truth will never reign in this town again. One person siphoned billions of our money and just because he spent a penny on the poor boy has become Mother Theresa? I appreciate his kind gesture after all many stole and didn't give out but that shouldn't exclude him from being prosecuted. Screwed up country

I'm so disappointed in this country. How can Igho Sanomi be celebrated in a country line Nigeria just because he gave to Peter what he took from Paul? He wasn't into all this humanitarian until he was accused of looting with Diezani. I can't believe they didn't put his ass in prison by now.

didn't he run away to UK?

Nope! Nuhus GILPC was the conduit, ighos dikon Sanomi foundation paid for it and proceeded to do a media tirade for it, even involving the senate president who endorsed them, these people helped to render nigeria broke, why has he been hiding outside Nigeria for the past two years? Nigga is trying to rebrand himself and pay people off to get him out of efcc trouble, but he must pay for his atrocities and we are here to call him out with receipts! We are waiting and watching!