LADY FF & HER ARMANI IN A SUMPTUOUS LOVE TANGO! THAT HAS GOTTEN ALL SALIVATING 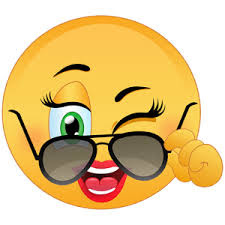 Both do not for any reason give a damn what anyone might think, or however anyone might feel or however they feel, what's uppermost in their mind right now is their feelings for each other and from all indications, it is love made in heaven or so it seems. Both have become an item, major one at that and are always together as much as time and space would permit.

Are you still wondering who we are on about or waxing lyrical about? It's none other than the super gorgeous entrepreneur and mother of one, who runs what one could term to be like her own health farm, it's our well proportioned, very stylish, well moneyed lady FF some know her as lady F.E.F.

Maybe this one is true love at last, after the fiasco of her very public love match with that crooner known for "moving the waist like champion", which ended on a sour note! Though for several months cupid's arrows were seemingly relentless as it were fired with undeniable accuracy and the tip soaked in very potent potions, the love between the 2 was celebrated to high heavens, they both wanted to be the then newest couple in the entertainment industry then, just like 2 and Ann, LO & husband, but just as soon as the love began, it also crashed like a pack of cards and seemingly irritrivably. While FF picked up the pieces of her devasted love life and moved on gallantly, the crooner has since gone downhill, trying his best to fix his music career, but is finding it pretty hard.

Not long after that crash though, madam seemingly found love in a strange place, mimicking that hit by Rihanna which led to a gorgeous baby.

Baby's dad is a top top secret that is very well guarded, but suggestions have mentioned London and we are investigating that connection to ascertain facts. But as per lady FF's love life, that one is legendary, as she's been there done that with much aplomb!

If we were to do up a list of the who-is-who that she's dated, it would be the subject of another blockbuster story that if released on TV would win a global Emmy awards, or if released as a movie would most definitely be a contender for an Oscar awards anyday, anytime.

Young lady is in her 30s and a "very hardworking businesswoman", whose mantra is most definitely "it's all about the money", let's not lie at all, she is a freaking rich young lady, so liquid that many see her as a role model, especially TM who would do anything to be in the same shoes as FF.

On the dude named after the world famous Italian designer of high repute, he used to be a London boy, but now Lagos based. He is into this and that business where he has made crazy money and is in his 30s. He and his crew were/are some of the best patrons of Quilox, owned by Shina Peller. Imagine that these guys have fun from "Mondays to Mondays" none stop, so if they could do that and spend such mad money somewhere else, why not do their own thing and have their own joint.

So he and 2 others and most likely Lady FF the madam who is the dude's heartbeat have renovated totally upscale, not sparing any expense that former upscale joint Q, on Ademola Adetokunbo, Victoria Island Lagos and renamed it "BB", though it's a bar and lounge now, many are of the opinion it would soon become a club, because they expect it's going to be a banger of a place.

FF is suspected to have invested in the joint also because apart from her being very liquid and being able to afford to invest, she's been so passionate about the joint also, and that's how she is when she's totally and unreservedly loved up. She always goes the extra mile when she's in that mode.

Our loved up dude is a fine boy to the core, "supremely stylish" and ever bespectacled, morning, noon or night. He and his dudes just launched altogether brand spanking new S-Class Mercedes 2015 recently. They are like the 3 musketeers always together, inseparable.

Though lounge just opened to test the waters, official opening is set for Friday, when the world would experience A-class fun in a fantastic ambience.

Freda Edewor but don't know the dude tho.

Is the Armani guy her son’s father?

Freda Francis and Armani I suppose, friends with shina peller and some guy that was extensively talked about in the now defunct naijagistlive blog. If it's the same Armani, he was the one dani allen was flaunting some time back on ig before e over her. These guys live in clubs all year long, still saw him like a week or2 at this club in eko hotel on Wednesday. Whatever her choices, I just think she should have done better. Good luck to her.

Freda and Armani. Disappointed with these so called lagos Big girls *rolls eyes* Armani is a useless fraudster, that’s who you date?
After finishing all the governors and senators etc, you stoop to Armani and have a child for Sujimoto??? Yes top secret but still disappointing.
Perhaps you are just into losers who talk and show more than they really are.
Also she doesn’t own the spa, my company had an event there and met the owner, white guy, nothing wrong with saying you are the face / manager of the place rather than deceiving girls to think your runs paid.

I just tire, someone that has run through all the small runs girls in lekki and now Freda is with him? I'm just smh 🤦‍♂️. Maybe Na the type she like sha..

Girl....😳😮 you spilled it all. Suji is the baby daddy?! Unbelievable... I expected more from FreDa
Now Armani🤨 thought he was with the chef Zam (Nkechi).. More tea on the Spa please

She rents the place, the company she owns...hustling backwards

Freda is nothing but a runz and a pimp. Too much hype over this fake ass. Remember the profile on Eunice Efole being loaded with this and that until I found out she is a broke ass that all she wears is FAKE. Folks please don't believe all this hype about these girls, they are not as loaded as the media proclaims them to be. Please stay on your lane and God will bless you according to his riches when is your time. Have encounter with most of them and I found out that majority are not that rich. They were only instagram rich. Fake broke ass girls

Dats not her baby father Na

This lagos... smh mind your business

Speaking of Lagos big babes, what’s the scoop on the Botswana babe Mpho Laing. She knows everyone!!! Lives in parkview. Who is her sponsor?

Aloba you need to feature her

Smh too oh. Make u go where dem dey mind their business Na.

This FF has been around na wa oii, I got lost when she dated one kay a while back.... I no fit keep up.. Let me mind my biz.

You can’t mention Freda ever in the same sentence as stylish please don’t insult that word stylish. Everything about her is tacky. No style whatsoever.

Look! You can't blame her! When the kind of man that she desires doesn't knock on her door and age is not on her side so any available man can do for now! Most guys go to chop and run! Poor girl has to catch one nah! Even if it's a shark it's better than nothing!

Mudafucker oshi! Can fuck to resurrect the dead! Sponsor or sponsors????? Brb with her gist!

Just noticed that most pretty girls I have been sleeping with all feel a like down there! Most of them get so wet that at times I wonder if I'm fucking a watermelon! Doesn't feel real to me! Guys! please, has anyone noticed it too? Fucking scary!

Freda is a let down for the association of runs girls. Useless. Girls like these are the reason why I can at least clap for linda ikeji & Mo Abudu. They have done and continue to do what they need to but have something to show for it. Mo was a stripper in London, then moved up to runs with men & women on the side, still does her thing but has her business which employs & empowers people. Still pimping sha!
Linda everyone knows, coded runs but also making it count in her business.
Freda, Akpa*** to JO to more on the same level at a time in government when $ was flowing like water. You are the manageress of a spa, you better be getting free treatments at least. Shoe & bag will not let you be great. Baby daddy is a lying tool making a foot of himself with motomatics, now being used by Armani.
She is no way invested in this lounge. Same situation with those 2 Indian Canadians whose names I will not mention for I can’t stand idiotic girls and that restaurant everyone assumed they opened.
This 41 year old mama should know better than to fall for instagram-rich men. Don’t argue about her age she at least looks great.

Anon 2:05am! I thought I was the only one! Read from some where that chicks now use all sorts in the bid to get wet and enjoy sex more but as a guy, I'm not sure I like the new trend! Pussy becomes so wet that you can even fetch a pail of water from the cunt! *Pukes! Holds nose!

hmmm,most of these so called big babes forming posh all na packaging.dem be real hustlers.if u know the types of guys they sleep with because of money eeeh,u go dey shame for them.

i fear una sha..i guess freda will be used to being bashed by now ..its not a today something ...

Hes holding back on comments! #Boring
Thats why i like sdk blog!

There's no way there'll be an article on Freda Francis and there will only be 33 comments!
Aloba, what are you doing with the comments, biko? Don't you know that's why we come here? For the gist in the comments!
But I thought Freda's baby daddy was an American

SDK doesn't post all the comments too. Sometimes she posted and had to take it down

Don’t you think a lot of us are bored about repeating the same gist over and over again? We need new tea