WHO ARE THESE BAYROCK GIRLS AND WHERE ARE THEY FROM? 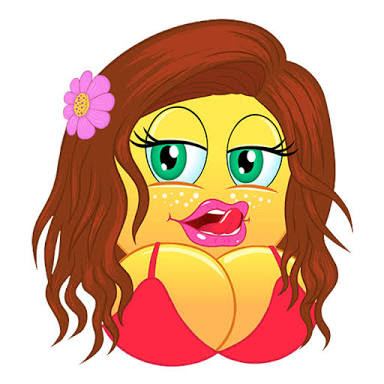 Strip clubs, bars and lounges are not a new occurrence in Nigeria they have been around for quite a bit and they dot every corner of some of the most popular streets around Lagos, be it on the mainland or the island, in Abuja and around the states of Nigeria! In fact our observation is that they seem to have adopted a new ideology which to atleast be on every street that's popular or that counts as much as possible!

They come in many shades, in fact in all shades and by virtue of what they are, they cater to a lot of customers/audiences, both male and female, we have it in good authority that a famous vlogger who loves to wax very spiritual, a Spiro by day and a near wanton by night was an excited customer of a joint like this a while back, and where she was even given an exclusive lapdance.

We know that Lagos, Nigeria is Africa's very own Atlanta or ATL for short, where strip clubs/joints are very famous and it's like a requirement for anyone that claims to be a "certified fun seeker" to have at least visited one or two or experience that world. We also know that Nigeria and Nigerians  don't like to carry  last, so whatever is a popular culture, we always embrace with vigor and most often tries to outplay even the originators.

The types of strip joints comes in their different categories and the categories determine the types of audiences that visits them. The categories also determines the types of girls/ladies that strips their too. There the seedy joints that caters for the normal peeps, just about anyone who wants to come gloat and see local girls strip off their clothes and shaking their naked bazookas live for people to see. This type dots the streets of Allen Avenue and adjacent streets and they are always jam-packed for their customers.

The buzz word, amongst their exclusive clientele is that, they are "clean girls, very exotic ones" at that in display or showcase.

So what's the USP, that's the "unique selling point" of this newest and most exclusive of joints that has gotten everyone buzzing and excited, at Lekki Phase one, not far from Fola Osibo and by name Bayrock? Why has the very new place, which only just opened very recently, a few weeks at that, become a mecca of a sort for fun seekers who loves the wanton display and showcase of naked bodies of women? What is it about the place that has made people, the ones openly and excitingly helping to publicise the bar/joint/lounge? Who are the owners/promoters of this place?

The number one answer mainly about why the place is exciting all comers, is that the girls are like a special breed. Imagine that the buzz word is that the strippers are "International"! What this is meant to convey is that they are "foreigners" like the local peeps would say a mix of "Oyinbo and other exotic kinds! Other adjectives that have been used to describe this ladies are that they are "exotic", "super sexy",  awesomely shaped "out of town" girls! Infact there was a short video someone showed us, of a few of the dancers, doing their stuff and it was epic!

There was a particular lady, dark skinned/chocolate with massive endowments, front-wise and back-wise, shaking with unbelievable dexterity her uncommon bazookas with vigor and deliberate attempt to cause a volcanic eruption of the most awesome kind!

For now, it is the place to go for a big load of people. From our initial findings, you don't pay to enter, but you are also scrutinized rather quietly. What you don't pay for as entry fee, you will pay for in your drinks, as you have to drink. For now it is the spot, the number 1 spot for now, let's see who would push them off the padestal and how?
Posted by maestromedia at 12:48 PM

Correct environment to spread germs! Yeah international ladies with international diseases! Hey! If people don't get sick, we won't have a job! 😁! So fellas get in here!

Yup! Bayrock is the place to be baby! For Big boys! Though I would advise not try to get laid by those chicks! They will drain you out boi 😉!

Aloba Bobo, na side eyes I take dey look you . wetin you find go there?

That's why the rate at which STDs and STI are spread is alarming! Wish I can get a kit to test for infection before I get laid!😎

Hahahaha! Bayrock is in trouble! Oloshos will be hating that joint like mad! Bye locals! Humping on international sluts now! 👅

Even in bad economy, no fuel, sex is still selling! How do my fellow guys do it? I'm married with 3 kids, my Little girl means the world to me! As a young dad, I still don't get the vibe! I guess having kids changed me!

@ Bee, It is oo! even without the strip clubs. All the big boys (when I talk of the rich, powerful and mighty) galavant there from midnight for their take aways.
NB: The take aways are your corporate ladies or so called “entrepreneurs” aka business owners. Lekki ashewo no dey stand for road side. Dey get apartment, house anything you fit call am. Get car, security.
That is the class in Lagos that have two jobs now. They work in morning a a proper corporate institution and night job with Sugar Baba institution.
It is so appalling that women don’t value themselves anymore. Lekki is a brothel.

Good for you! Good and responsible friends also help when trying to live a decent life!

Very true Anon 1:40AM. Friends matter when it comes to influence.
Anon 7:30PM you are a good man. Please remain that way and hold on to prayers. So proud of you. God will keep your home and family together.
Dear God Almighty, please give me a good man. A good and God fearing man becasue I know I am a good woman. I’ve waited so long praying and hoping for the right person. God answer my prayers and all ladies who want to settle with a good man.

Who owns the place??

Amen to your prayer dear!