OMOSEDE IGBINEDION IRKS OTHER PARENTS IN HER SON'S SCHOOL FOR DARING TO INTIMIDATE THEM! 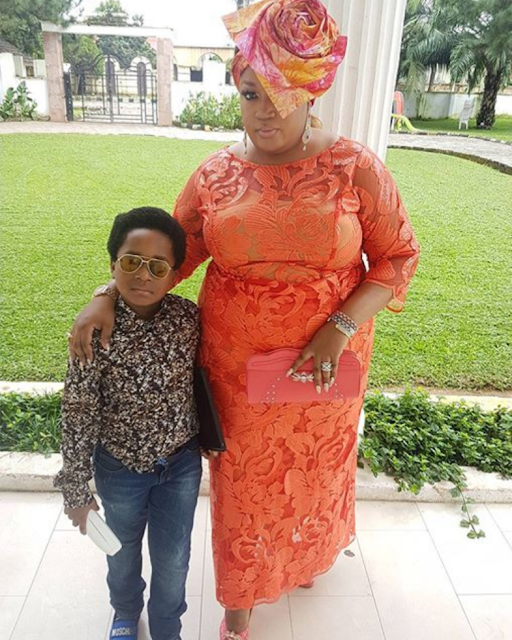 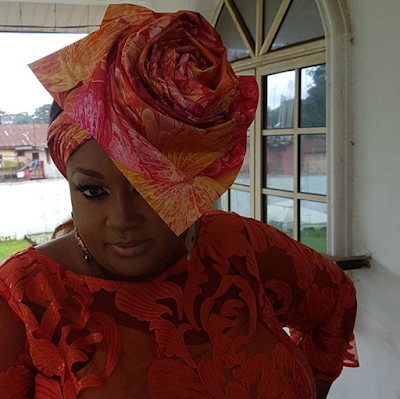 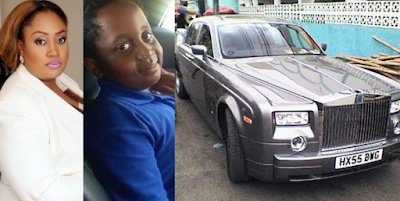 For daring to intimidate other mothers in her son's school when she drove in an intimidating "Rolls Royce" to go pick up her child, her only son at that- Prince Alexander Akenzua, whom she dotes on, former Mrs Omosede Akenzua, who had since reverted back to her maiden name after her wedding to her ex-husband Prince Aven Akenzua collapsed like a pack of cards only after 2 years a few years ago, has drawn the irk and indignation of fellow mothers at her son's school!

OMOSEDE 36, one of the daughters of the great Esama of Benin, Sir Gabriel Osawaru Igbinedion and a younger sibling of the former Governor of Edo, Mr. Lucky Igbinedion; is the eldest daughter of Lady Cherry Igbinedion and a member of the Federal House of Representatives, representing Ovia Federal Constituency had apparently not thought anything was strange and out of place about her going to her son's school in a Rolls Royce to pick him up!

But she was apparently gobsmarked and irritated by the seemingly irresponsible reactions of other mothers, who became openly antagonistic towards her and by extension her son, for her choice of car. Exclaiming on her Instagram page she retorted thus-

“Yesterday (Thursday), I saw a woman run frantic, all because I brought a Rolls Royce to school to pick up Alex. She was so mad! Then she further attracted some other shallow people. One of the ladies said she would bring 4 Rolls Royce’s tomorrow. Another one said she would park in the same spot I did, as the car took up the space of 2 cars. It just made me laugh. You need to see the scene the woman caused. I really thought it was sad.

Is anyone stopping them? I just don’t get it. I taught my son yesterday that hard work is key and I have always taught him never to compare himself with others, set his targets and aim for them.

What would such parents teach their children? I used to be dropped off and picked from school with a Rolls when I was his age at school in London. It's obvious some people may be materially rich but mentally poor. Its such a shame.

?????? I bet you if I parked a keke right in front of the school gate they would not mind that ???? Maybe na this Government!
Worst of it all is the school asking a teacher to take Alex out of class earlier, as they were causing such a scene. May be these low thinking individuals did not want their kids to see the car and ask them questions. What a shame!

Tomorrow when their kids start stealing or having a complex you wonder why” (sic)
Posted by maestromedia at 7:44 AM

So whats the excuse for her complex? She fucks for money? Abeg smelly pussy omosede go and sitdown, im sure your son has no value for money from you instagram posts, you cant equate good home training by teaching your son how to flaunt by opening him an instagram page, please change your ways ashawo

She is a real life PIG. And a pig is a pig even when you put a lipstick on it. Is a SHAME that someone like this spoilt rotten girl is a Rep. This girl have no business in House of Rep but with a corrupt father like hers, anything is possible

Such a good mother! My friend, will you hit the gym fast!!! Or better still, contact Maje Ayide to be your personal trainer! You can afford him! Next time, bring a chopper to pick your son! Fat fuck!

10.00 AM. You nailed it. She is just too FAT and the funniest part is that she thinks she is all that. The last time she was at Ehi's wedding, she look like a bread soak inside water and struggled to walk. Don't blame her for thinking she looks good when you have men chasing her in Aloba word (upandan). Madam they are just interested in your name

What's really going with all these Thieves in high places! You talk, they say , you're a hater! What a load!

Attention seeker! We have heard you! Some people will become bipolar if Twitter and Instagram crashes! Idiots!

Maje Ayida is the most populous personality on this blog lol. His name get mentioned in post that has nothing to do with him. May I be very successful has Maje Ayida. God I tap into this type of anointing, women, girls, fat, skinny, fit, unfit, the becomings and on becomings will seek me the way they seeking Mr. Ayida left and right in Jesus mighty name!!!

Some mothers don't realise they
have turned their children into 'ASSHOLES'. God will judge these mothers. Ti idi ba baje ...... they are the ones that will suffer the consequences of what they have done when these monsters grow up and come for their parents.

Hmmm @smelly pussy! That thing has trailed her right from her days in UNI in Kent. Call the Doctor...

Don't mind the ashewo kobo kobo. With all her London education and fathers money, still forcing herself on ayiri as an attachee mistress like a ghetto slut with no shame. Guess that's the hard work she teaches her son. Fat glutton with portmanteau box yansh

@Fan you won’t kill me with your one line comments..LOL @ Call the Doctor

Omosede,
I don't think they were intimidated by your wealth per se. I think they were aggravated by your lack (I suspect) of consideration for the other parents and children. We all know how hectic school runs can be especially with our new age Nigerian schools with limited parking space. So I can only imagine the anger you stirred pulling up with your escorts and dem dem taking up space that five or more parents would have used, plus the whole commotion your entourage/armed men might have caused.
Now they way these parents expressed their dissatisfaction might be what you are translating as jealousy or the likes of sort. We should all learn to consider others in this nigeria. We don't do enough of it. It would be refreshing to see someone in public office as yourself do so and set an example. Me I like you sha. Fat or not. You come across as someone who is genuinely grateful for what they have, stolen or not ( I no catch thief na).

She said she taught her son "That hard work pays" And she works hard by being a spoilt rotten privilege Daddy's girl using daddy's fame and wealth? Did she also teach her son that being overweight is a big disease? She is a fool and need to ZIP it

Are you surprised. What do you expect from the daughter of a semi literate policeman who happened to make money? Poor upbringing.

Miss Vanity, what do you do for a living again? Because last time I checked, I don't think you have done anything professionally apart from being an Hon. that can accord you a Rolls Royce. So please sit your fat ass down

She is as foolish as they come. Oh my God!!! Very vain, superficial and shallow. No wonder her ex husband couldn't keep up with her stinking ass

At Fan. Did you see how fat she is? That tells you she might not be able to bend down to clean good. Her big. stomach wouldn't let her clean the ass. She need to get a weight loss surgery before it is too late

Whatever tickles her vagina😒

Before you teach your kid to work hard, perhaps you should tell him how to eat right, be healthy without being obese like you. Health is Wealth Madam Vain

Man of the year and years to come!!!

She is as foolish as they come. But then what do you expected from an idiot with no moral compass? Perhaps she should teach her son how to be considerate and sensitive to other other people without coming across as being an oppressor.And this is one out of many idiots in the House? Screwed up country

@Anonymous 10:34 PM - that is the biggest cop out ever. She can stand up while bathing and use a long chained shower head to wash her vajayjay. Easy peasy. Being fat has got nothing to do with washing down there. Think about it, but she can spread her legs for sex and even for child birth right? (Even for CS you have to spread your legs.) Do you now see why what you typed is no excuse?

When a woman has a lingering vajayjay smell, it's got nothing to do with cleaning. It's an internal issue and again call the doctor. Doctor ring, ring!

@Anonymous 7:37 PM - my dear, that part caught me. It's not today people have said that and it's obvious the men are the one who spilled.

@Fan had to go google her age. She’s quite young 36years. I am suprised someone at her age will not seek medical assistance because it could be a serious infection which can caus complication with conceiving. ATTENTION Omosede - Call the Doctor as @Fan adviser earlier.
Before I go, don’t this girls have men in their lives that will tell them the truth? Like “Babes/Baby you need to see gyneacologist because something isn’t right down there?

There was really no need to bring this up on SM and claim other parents are jealous of her, all the kids in her son's school pay the same fees as he does and that's what count's anything else na effizy.