COUNTDOWN TO THE FAB AWARDS 2011. GET READY TO RUMBLE AT THE LANDMARK

ITS DEFINITELY GOING TO BE A SLUGFEST AT THE AWARDS-GENEVIEVE NNAJI, DBANJ, ASA & OTHERS GETS SET FOR BATTLE ROYALE.


The music industry is not left out as Dbanj, Naeto C, Goldie, Muna,
Bez, Tiwa Savage, Darey, Asa, Sasha and Lynxx are up for the most
stylish artiste contest.

Well known for showcasing exclusive designs from Africa’s latest
fabric collections, FAB Night Out will also have spectacular displays
from designers drawn from across Africa, as well as performances from
some of the continent’s finest artistes.

‘‘Guests can look forward to a night of endless drinks, dancing and
shoulder-rubbing with some of fashion and music's finest, so dress
daring and arrive on time’’ FAB founder Familusi Akin Babajide , a
well known bespoke suit designer and entrepreneur says.

Born January 25, 1978 and raised in Lagos, Familusi Akin Babajide
(FAB) is believed to be a reincarnation of His grandfather who was a
tailor and passed away a few weeks before he was born. In 2001, when
he was 23, he discovered his interest in making his own clothes,
having traded in clothing and accessories for a few years. Mostly
self-taught, the young designer used his background in the Sciences to
do research in Fabric, Fit and Finishing to create winning pieces -
and the first shirt he ever produced was mistaken for a Jermyn Street
product! With the applause and exclamations that came from clients,
friends and family, the brand was born; and Exclamations Couture has
since focused on setting the standards for the tailoring of Shirts and
Suits in Africa.

In all, 26 awards will be given out to deserving talents at this
year’s FAB Night Out including a special recognition category for
Deola Sagoe.


FAB Night out debuted in 2010 as a platform to recognize and celebrate
talents with the best offering every calendar year with a total of
twenty six award plaques to reward deserving talents. 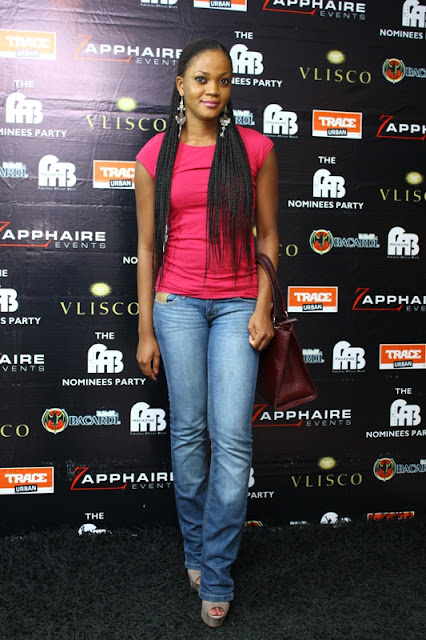 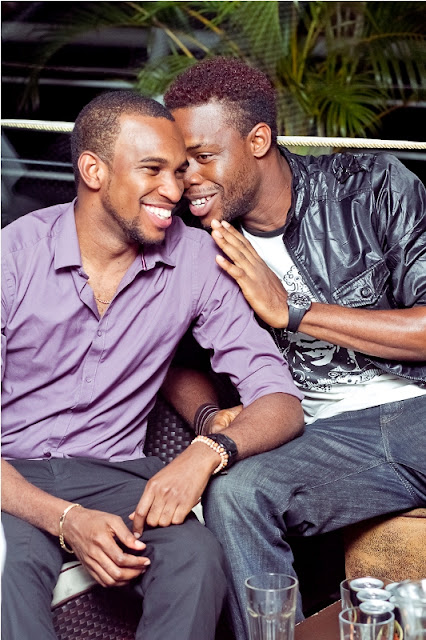 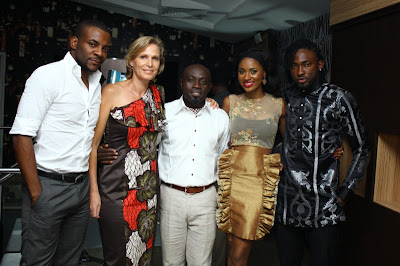 
All the pictures were taken at the FAB'S NOMINEES NIGHT OUT at De Marquee recently.
Posted by maestromedia at 3:59 AM

WONDERFUL! How do regular guests get to attend this? Ticket price and co?