IS OBANIKORO THE NEXT GOVERNOR OF LAGOS? HAS HE TRULY CROSS CARPETED TO THE RULING APC? 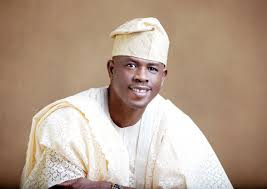 The rumour has been rife. It has gotten the media into overdrive with speculations. Musiliu Obanikoro himself has not helped matters at all. He has been hobbnobbing with the former opposition members, while still claiming to be member of his party. It's like he is intentionally playing a game.

From all indicatioms he is APC in spirit and soul, but maybe not yet bodily.

Many have thought that finally after all the intentional deflections of many weeks, that the former PDP perennial governorship contestant and former Defence Minister during the reign of Dr. Goodluck Ebele Azikiwe Jonathan might have finally jumped ship and has again gone to pitch his tent with his mentor again in the person of ASIWAJU Bola Ahmed Tinubu's APC.

Those who could read body language very well had predicted the move since, but apparently MUSILIU OBANIKORO, intentionally wanted to mix the people for a while first, whether to gauge their mindset before doing what is obvious that he would most definitely and some say certainly do.

Some have also speculated that this move, might also be a way by some bloc, to send signals somewhat to the incumbent action Governor, in the person of his excellency, Mr. Akinwunmi Ambode, who has so far defied everyone's description has he seem to be in such a hurry to obliterate for good, not for bad, every record of achievements made by all his predecessors combined, except maybe Alhaji Lateef Jakande who was exceptional during his reign and time.

Truth be told, Ambode has touched every area of Lagos in one way or the other in just 2 years and he is not yet relenting. The kinds of roads he has been building, coupled with other infrastructures that he has conceived have been extraordinary to say the least.

Some have predicted or is it prophesied, that Governor Ambode for all the meritorious service and legacies that he is establishing and bequeathing in Lagos with supersonic speed, might just be a "one time wonder/one term wonder", whose great and excellent works in the running of the affairs of the "State of Aquatic Excellence" might just be limited to and experienced for only 4 years. What???

Can that happen? Can the powers that be, be allowed to do this? We don't know for sure, but strange things do happen and this might not be an exception. Can someone who would have done exceptionally well be jettisoned on the platter of politics, just like that? Oooo yes, Crap do happen!

There are some who seem to be privy to many things that ordinary people don't know, who have always claimed to have foretold what would always happen in the future, maybe again they have seen something in their crystal ball. But only time would tell, let's all just wait and see to be cocksure.

Is Musiliu Obanikoro the next Governor of Lagos State? It's a billion Naira question, that we would love to have answers for right away.

But we have a very short waiting period to know, let's not fret too much. 2019 is just near corner.

Posted by maestromedia at 6:26 PM

All I know is this: if ambode runs for a second term, Im voting heavily for PDP!