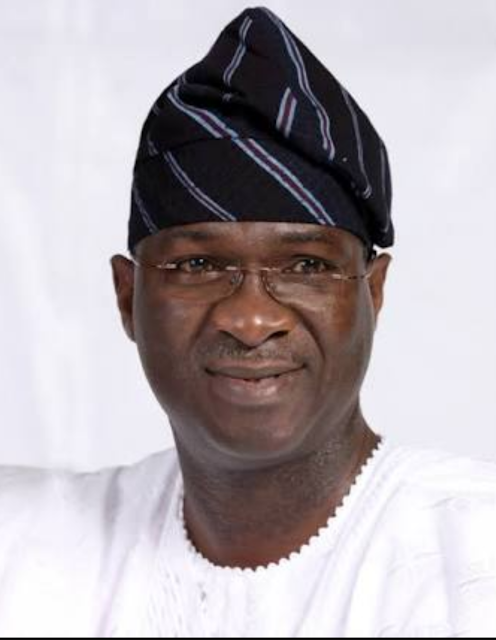 It is now obvious that if you don't have the intellectual capacity or the expected knowledge or the acquired wherewithal or immense resources at the disposal of BRF, you don't go after the Minister for Works, Housing and Power in the negative, in the person of the former Governor of Lagos State, Babatunde Raji Fashola, SAN or else.

In what is akin to a collosal clap back of the mightiest order, he just responded to a clap back by the house which had tried to paint that he was just an unneccesary noise maker and a liar.

In his delivery and response to them, he shut them down totally in the most intelligent way, making the bunch look colourless, bereft of ideas, uncouth and not knowledgeable at all- "Nigeria is in trouble if NASS mistakes budgetary appropriation for cash!!!!"

Imagine that the Minister had to school the legislators on the difference between budget and cash? Something that they should have been very conversant with?

Imagine in a very classic way, he telling the house of assembly, which had tried to make him look stupid and just an uncommon noisemaker that they have no proper knowledge and were just hiding behind a thumb!!!!

Just imagine this classic shot, "a budget is an approval of estimate of expenditure to be financed by cash by the Ministry of finance and not cash, so no money was returned" that is in terms of the 2nd Niger bridge. Wow, even a primary school student should have known that. So if no money was released, none needed to be returned.

Imagine this extraordinary shot from BRF, "if the spokesperson was in tune with the Public Procurement Laws as passed by the National Assembly of which he is the spokesperson of, he would have realised that the Minister has no unilateral power to award contracts of which values are in their billions. Even the projects approved by the Federal Executive Council were those requested by the State Governments or those inserted by the legislators themselves.

Continuing BRF says that the focus and concentration of the spokesperson on contracts, is probably a Fredian slip, which reveals his mindset and interest.

Instead of them concentrating on developmental projects that would be to the benefit of all, their concentration is on little little things like boreholes, street lights etc.

Now next time one wants to quickly jump into a fray with this honourable minister, whomsoever would have had to make sure, they did their homework very well first, triple verifying all the informations at their disposal first, going over what they want to say very well first, before venturing out to even make a little whimper not to talk of sending out a press release of any kind.

It is very obvious that BRF doesn't take very kindly to wrong aspersions being casted his way. If he should detect an inkling of such a thing at all, he goes at it like an intercontinental ballistic missile which is targeted at the source of such mini bombs and blows them to smithereens, irrespective of collateral damage.

Now that the house might have been hurt by this classy response, would they respond again or would someone come between the combatants, so their swords would be sheathed?

Now the watchword in any engagement with the former Governor is that, if you try BRF for size and you are not up to the task, you would be cut to little insignificant pieces that you wouldn't like at all. A word is enough for the wise.
Posted by maestromedia at 10:21 AM

Good one Sir! Don't mind the "olodo's" claiming to be smart!