MAYBE THIS IS THE BEGINNING OF WORLD WAR 2- AS TONTO DIKEH VS. ROSY MEURER MIGHT HAVE BEEN STIRRED!!! 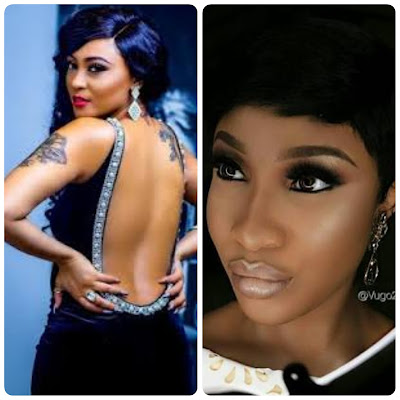 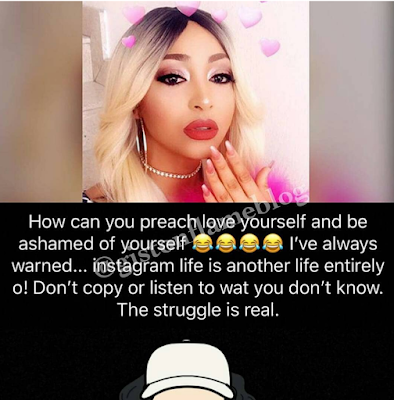 These 2 are both actresses in Nollywood and the common denominator between both of them is the handsome, light-skinned Olakunle Churchill, who was the former husband of Tonto Dikeh at least till December of 2016 before things went kaput, who is still fighting a bitter battle with the estranged mother of his son, Tonto.

Rosy Meurer on the other hand is supposedly the other woman, the stupendously beautiful and gorgeous lady who Tonto has consistently accused of destroying her marriage to Kunle! But Rosy has consistently and vehemently denied having any amorous relationship with Kunle.

Both are forever at daggers drawn and it would take for God to personally intervene for both to sheathe their drawn weapons which both are seemingly ready to use at any point in time. One only hopes that all hell wouldn't be let loose one day when both would meet in the same space!

What's their new bone of contention all over again? What has stirred the drama again, after some form of quietude and backpedaling? Rosy is seemingly forever, either blatantly or subtly digging at Tonto and the digging always somehow seem to get at Tonto! Who seemingly cannot ever take it quietly.

In the aftermath of Tonto's new big reveal where Mama King, that's Tonto revealed about the airing of her new in your face reality show, where she spoke about not being comfortable with or to put like she's said to have proclaimed it, she was tired of her old body parts, so she had had to engage in cosmetic surgery on her stomach and boobs, making sure to get both back in shape. And all of what went down (surgery) are to be aired on TV! And so the promo of the show is out!

Rosy has gone to town to shade Tonto, for not being consistent and constant, especially insinuating at her not being real and having 2 mouths.

Hear her- “How can you preach love yourself and be ashamed of yourself? I’ve always warned ..Instagram life is another life entirely o!Don’t copy or listen to what you don’t know. The struggle is real,”

Hmmmmmmm! So would Tonto let sleeping dogs lie? Or we to expect the mother of all Intercontinental ballistic missile, very well targeted to hit where it hurts?

Let's wait and see! Rosy though has been accused by some for doing all that's in her power to look like Tonto, has she succeeded in being like her? That's another story, for another day!
Posted by maestromedia at 1:53 AM

I don't know what to make of this story though! Too much fuss over nothing, if you ask me! 😏

Aloba! This gist is not all that! Please bring eligible bachelors here with pictures so that we know who are dating! To stop us from dating ourselves! Thank you.
Aloba, if you noticed, I was polite ooooo! I said , Thank you. 😁😁😁😁😁

they should respect themselves abeg,mtchew

Aloba where are the pictures from Dewunmi ogunsanya's daughter's wedding? I'm waiting to see the much talked about wedding and madam funmi in the picture.