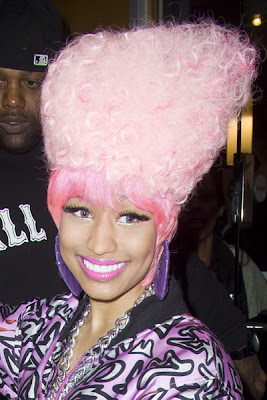 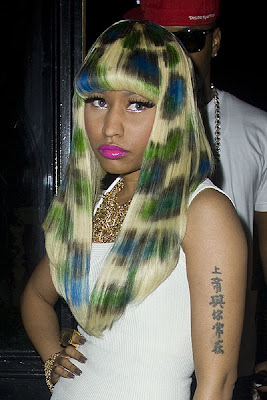 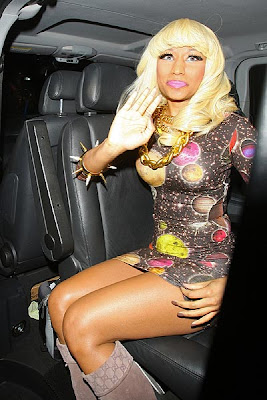 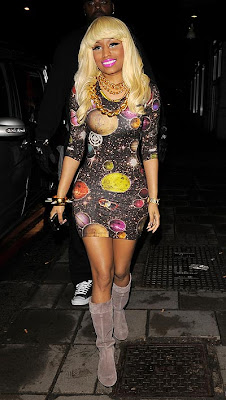 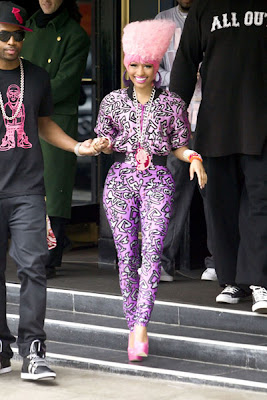 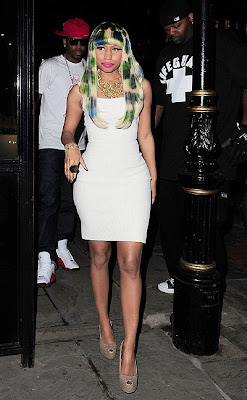 At just 26 and only just a few years in the business,she has taken the industry by storm. Born in Trinidad, real name Onika Maraj, she and family left Trinidad when she was 6 years old, she was discovered in 2009, by Lil'wayne and since then its has been like floating and soaring on the arabian magic carpet, she has collaborated with some of the biggest acts in the music business-P diddy,Kanye West,Rihanna who is reputed to be her best buddy and Drake. Her first album was only recently released, and in America alone has sold over a million copies-titled Pink Friday(she has even been nominated for a 2011 Grammy already), she is the first person ever to have 7 singles on the Billboard chart at the same time and already she's been touted as 2011 most exciting and talked about-pop sensation.

Apart from been a  certified music sensation, one other thing she's known for is her eccentric fashion style, Imagine the most outrageously coloured wigs in all the colours of  the rainbow and that has been specially tagged-Minaj's Hair'Mare and in terms of what she wear's, she is as gaga as Lady Gaga herself, a lot of people even feel that they are on the same wave-length in terms of shock value. 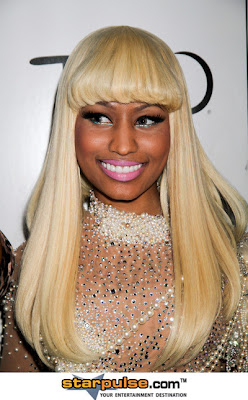 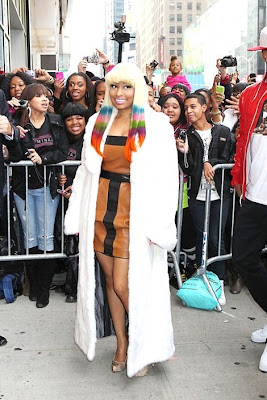 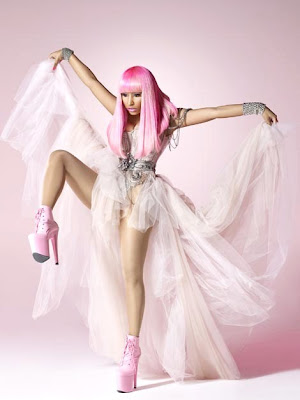 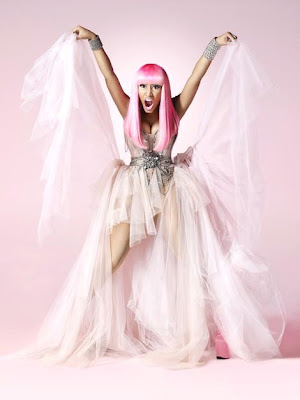 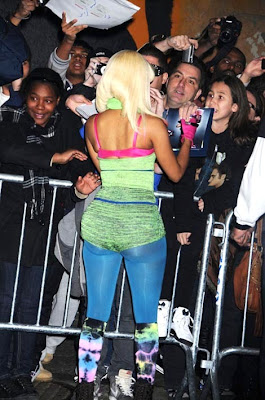 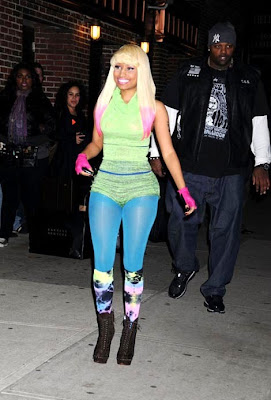 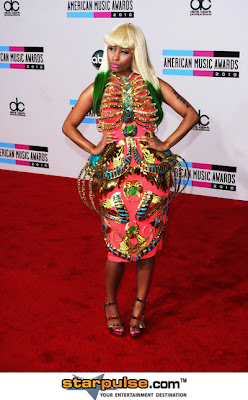 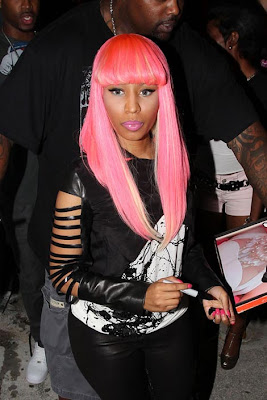 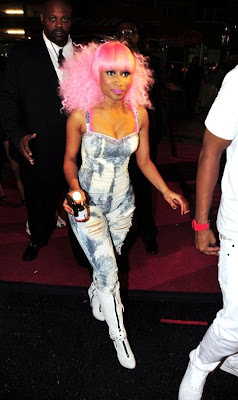 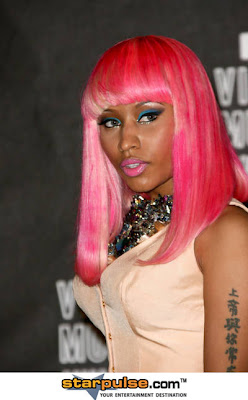 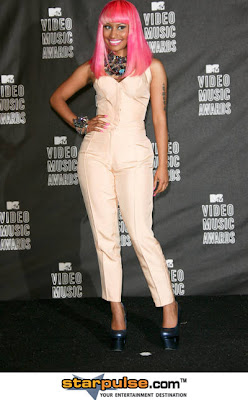 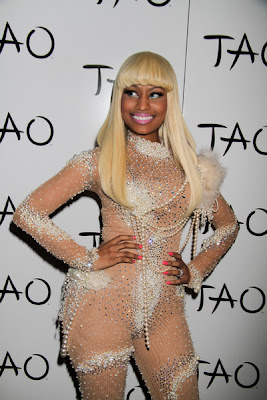 Asked about her style, she said- "I love matching designers with non-designers. It's not about how much your outfit costs,Its about having the confidence to pull it off. No doubt, the verdict is that Miss Minaj is D A R I N G!!! and has a style all her own, and she seem to carry it off very well. All pixs by starpulse.com
Posted by maestromedia at 7:58 AM