BUT TRULY WHERE IS 'BIOLA OKOYA? 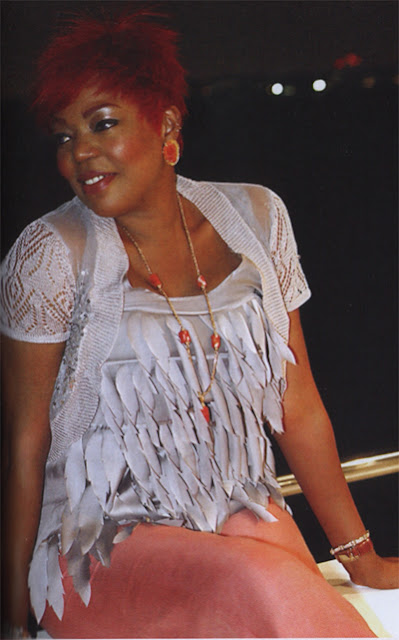 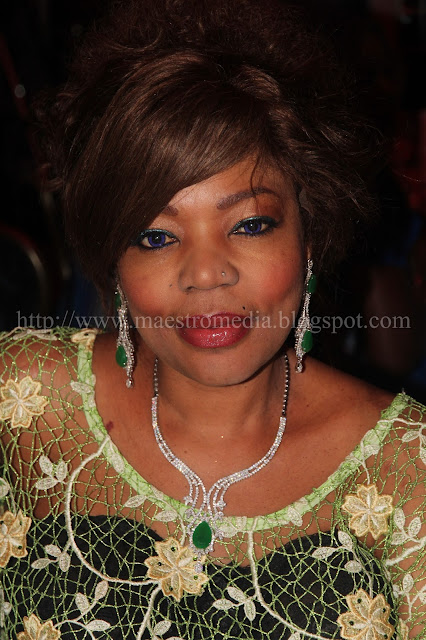 A couple of years ago, there was no A-class occasions or events, be it soirees, shindig call it whatever you want, that you wouldnt have seen the 1st daughter of the billionaire industrialist, Aare Razak Akanni Okoya of the Eleganza Fame, that's talking about the gorgeous, then sumptuously stylish 'Abiola Okoya' but better known as 'Biola Okoya.

But since we last saw her about 2 to 3 years ago, when she briefly came out of her self imposed anonymous cocoon, like a bear on deliberate hibernation throughout the winter months or periods, she seems to have receded back again into that cocoon. As she gone on the mountain? Is it some spiritual hibernation of some sort? Or is it just her, just deliberately cutting off from all the plenty noise and the plenty plastic people that used to surround her?

Gone are the days when at least once a month, you are too sure to see her, somewhere, someplace having loads fun. Like someone once described Biola in her hey days or hell raising days, she was 'the life and soul of the party'. But now one doesn't even see her at all again!!!

It has been speculated that one of the reasons, she might have decided to go totally off the radar, giving the unnecessary popularity and notoriety and partying a wide berth, might be because she has become a more circumspect, more spiritual, more religious person. It has been claimed that since Biola became a Christian, she was actually born a moslem, as her renowned dad and mom are practicing moslems, though there's the unconfirmed rumor that Alhaja Kuburat, Biola's mom herself too, like her daughter has embraced Christianity, very strongly.

Since she became a practicing Christian of a few years running now, she now leads a life away from the boozing and fun of yester years. Giving more credence to the scriptures that says 'behold old things have passed away, behold the new things".

At 52 now, she clocked that age in February of 2019 & with 2 teenage kids to the boot, the formerly married Biola, who has remained a spinster ever since then, who wouldn't chill out at some point in life??? Like it has been said before, when we grow up, is that time we have attained maturity. Maybe that's what has finally happened!!!!!

Posted by maestromedia at 12:01 PM

She was carrying bag for whorelori till she was chased out of palace.

I felt bad for Biola when she was running around Ooni of Ife’s Ex Wuraola.
Like how did Biola get to the level of being virtually a PA to a girl who was still in secondary school when Biola was killing it on the social circle.
I felt she didn’t put her fathers name and money to good use. You had a strong name. Even if papa no drop money, you would have used that name to build your own skyscraper and stay there.

Why should your face be seen AT EVERY PARTY, it is a very shameful habit. People will value you when you make yourself scarce. I have no respect for people who jump from one party to another every weekend, e le joko soju kan, sho sho sho furubale, life itself will make you sit down when the time comes. I don’t know what people gain from being all over the place, don’t you find it tiring? Aso Ebi every weekend, w’on fi sheyin ni? Oloun maje ki e je nkan to ma pa yin ni gbogbo party ti e nlo kaakiri.

You don't say!
Biola ke, being a PA to anyone, let alone wholori?
Chai!
Indeed, she didn't put her dad's name to good use at all.
Hmm, life has a way of humbling people.

Something broke in Biola when her former bestie Nike Oshinowo married her ex lover Dr Soleye. She has not been the same since them. Brown nosing for Olori Wuraola was most unfortunate to observe from a distance, especially as I am reliably informed that she is the Ooni’s long term lover too. Oh the scandals

Something broke in Biola when her former bestie Nike Oshinowo married her ex lover Dr Soleye. She has not been the same since then. Brown nosing for Olori Wuraola was most unfortunate to observe from a distance, especially as I am reliably informed that she is the Ooni’s long term lover too. Oh the scandals

Biola lives in Parkview,Ikoyi and is looking very okay from what I see. I believe it is deliberate on her part to jut remain quiet now after the very public and happy life of years before.

We do not know the grave issues and struggles people deal with privately and silently. It is not always as smooth and rosy as it seems to onlookers.A lot of things happen that outsiders are not privy to.
Biola clearly struggled with some personal battles. May God continue to help us all as we seek to find peace in our lives.
If staying on her lane and doing her thing privately is what now gives her balance and inner joy,I wish her well. Everyone deserves calm after a storm.

anon 6;31 pm you are right ..in Nigeria if you are quiet problem if you are noisy problem ..you just can't win ...

Somebody do you? Hian!!

The tea was that Nike Oshinowo used some 'special' forces to destroy Biola's relationship with Dr. Soleye and to subdue her.

She is feel the deep cut she got from her formerly puppy aka Sade Okoya and to make matters worse for her, she makes herself a big fool being a puppy for Whorelori to step on! Sade cut her umbilical cord from her father and she is now a shadow of her former self. Shameless Agbaya

Dead news ! Biola is back with Dr Soleye after that Evil recantation drained him and turn him into a bloody alcoholic. Last time I saw him, he was a shadow of himself and she a shadow of herself. Guess the saying is true that misery loves company

Mo man worth his onion should ever be with that evil Whorelori and is a shame that Biola associated herself with that evil girl and that makes her look bad to people most especially after being overthrown by her former school daughter - Sade . She used to be her fathers apple eyes until Sade strategically takes over his heart and empire. Evil pass evil

I wonder what the attraction is/ was to that Dr. Soleye sef. I know he was quite liquid, but so what? Mtchew.

In other words anon, biola and tunde are miserable hmmnn

A lot of you just make up stories and tell them as reality. Biola is doing good. Obasanjo intervened and she is cordial with her dad again and has been for a while. She lives in iKoyi and spends more time in London because her kids are in uni there. Sheffield and Warwick precisely.
No she isn’t back with Dr. Soleye and no she doesn’t have issues with Nike. They are cordial as well. They were all chummy at Okoya’s 79th earlier in the year. If you doubt this, watch the BisconTV coverage of the birthday party on YouTube. Again, stop peddling lies and falsehood. It’s her today it could be you tomorrow. It may not be on the pages on blogs but this time within your families.

Yes i noticed a lot of the comments here are lies ....

Annon 6:36pm Thanks for shedding more light.God punish u all liars on this blog.

I agree obj helped reconcile them, but they were far from chummy at baba's last birthday party.
Biola was the one 'attaching' whilst baba's body language no really send.
I pray they really settle though. After all, she was once his favourite.

Anon 6.36PM. You have no idea about what you talking. About. Biola goes to Dr Soleye house at Parkview fir sleep over

Lol. Now I know you are clearly a liar. Dr. Soleye lives with his son Timi in parkview. One of the ground rules after he general AA reconciled them was no women in the house because his ex wife, kids and grand kids stop over regularly. And that has been so for a while now. Again, these are people I know on a first name basis. Please be careful with the lies you spread. There and families and emotions attached to them, please.

Anon 5.30 pm The word Miserable when it comes to Dr Soleye and Abiola is a kind word. They both need God to salvage them