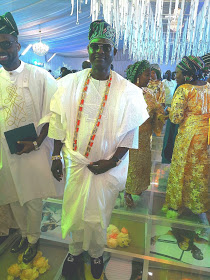 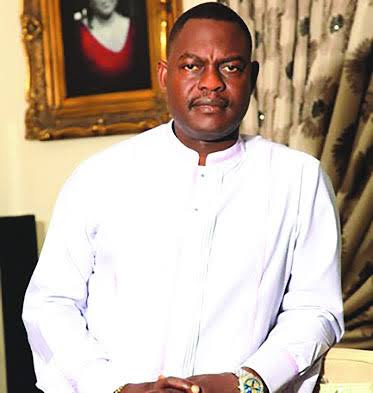 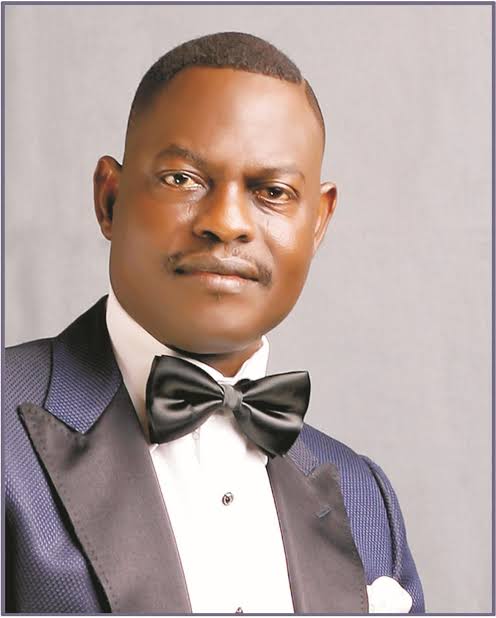 Even the heavens are celebrating. They are rejoicing on this day without reservations, that's the birthday of 'Dr. Taiwo Olayinka Afolabi', the Executive Chairman of Sifax Group. There's no gainsaying about this man's benevolence. His generosity is incomparable. If he would have allowed, which he would never ever do, we can tell you that the garlands that he would  have received from the too many of those he had helped, on such a day like this would just have been too too many.

It seems also that there's something so extra special about April 29. At least we know 2 people born on that day or date that are billionaires. Apart from Otunba Dr. Mike Adenuga Jnr, who is 66 today, the other person we also know, who is also a very liquid fellow, is the one that is the subject matter of this write up, in the person of Dr. Taiwo Olayinka Afolabi, who was born on April 29, 1962. Making him 57 year old today.

This lawyer by training, having graduated from the famous University of Lagos with a law degree, is man who by the dint of hardwork and God's benevolence has risen to become one of the richest Nigerian presently today.

His Sifax Group, which he set up in the 80s, 1988 to be more precise, after he left paid employment in a company owned by his uncle, is a growing super conglomerate that is into shipping, oil and gas, haulage, aviation & hospitality. One of the subsidiaries under the group, Sahco just last week was listed by the Nigerian Stock Exchange.

If everything goes according to plan, the brilliant barrister at law, who while growikh had wanted to be an Accountant, would be opening to the world, a 5 star, 251 hotel in Ikeja, GRA that would be called the Marriott Ikeja GRA. Like we had said before above. Dr. Taiwo, whose doctorate he got from the University of Jerusalem, rose from a humble beginning and got his initial entrepreneurial training from his mom, Alhaja Ayisat Afolabi, who he refers to as a '1st class trader'. Then later on in life, he fell in love with the maritime sector, when he worked for his uncle's freight forwarding company where he quickly climbed on in rank to become a 'Clearing Manager'. From that time on, he never looked back again and the sky from then had just continued to be his stepping stone.

From Akowonjo, a suburb of Lagos now to Osborne, Ikoyi where he owns a sprawling edifice amongst several properties he owns. His sprawling land on Alexander Road, Ikoyi, Lagos is where his beloved daughter, Mariam Afolabi, who is the Executive Director, Compliance, Sifax Group uses for her many businesses away from her 9 to 5. Amongst other things that Mariam does, she's an award winning designer formerly known as Mademoiselle Aglaia. One of Doctor's other sons, is 'Damilola AbdulRazak Afolabi', the famous musician better known as L.A.X, a protégé of Wizkid known very much for that popular song Caro. He now owns his own label Rasaki Music Group. His eldest son, Yinka had one of the top 3 biggest weddings of 2018, that spanned Ibadan and Lagos.

Happy birthday boss. Long may you live. May your generosity never cease.
Posted by maestromedia at 2:55 PM

You always over worship these people. Even if the foundation of their money is ‘shady’. You just don’t care. That is why Nigeria is the way it is today. You all worship mammon.

If you don’t like this blog stay off it! I’m tired of you whining.

I remember his sleeping with his son's girlfriend story.

The chap who caused the rift between two former best friends - actress TD and stylist at large TL. Prolific dasher of Range Rover automobiles. He is indeed very generous. Those who know, know.

Thank you o. Whining about the type of content on this gossip blog. As if Aloba started as a gospel blog 🙄