ALL THE BUZZ ABOUT TURNING POINT

In the run up to the Africa premieres, and following the success of the world premiere attended by leading cast from Hollywood and Nollywood at London IndigO2, the 10-part behind-the-scenes webisodes aim to document the cast and crew’s relentless work across two continents – America and Africa – to bring to life this exciting Hollywood/Nollywood co-production.

MORE AFTER THE BREAK. PLS CLICK ON READ MORE

Webisode 2 titled ‘First Friday’ documents day 5 on the set of Turning Point on location in America and everyone's settled into a rhythm. ‘First Friday’ proves a busy and ambitious day as the dynamics improve and pace picks up. It is also the first day of Joe Estevez and KD Aubert on set.

Webisode 3 titled ‘Very Stacey’ offers an in-depth look at the inner workings of a key character and a number of scenes involving her. Stacey, played by KD Aubert is pivotal to the story as the "what if"  - or "if only" - character who may have changed the shape of things to come for the protagonist Ade Afolabi.

While ‘First Friday’ allows us a peek behind the scenes and the technical choices made by the director, Niyi Towolawi, ‘Very Stacey’ is a fun-filled episode of girly fun, yet professional work by actress and former Victoria’s Secret model KD Aubert, costume designer Precious ‘Wale Adewale and Head of Make up and Hair Lola Maja-Okojevoh.

A compelling story of ethnic prejudice, blurred moral lines, revenge and redemption written and directed by Towolawi, Turning Point follows the rise and fall of Ade (Igoni Archibong), Nigerian-American New York City investment banker who is in a relationship with keen-to-marry African-American Stacey (KD Aubert) but is forced into an arranged marriage to seemingly submissive Grace (Jackie Appiah) by his controlling mother (Patience Ozokwor). 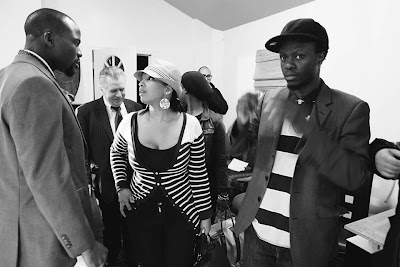 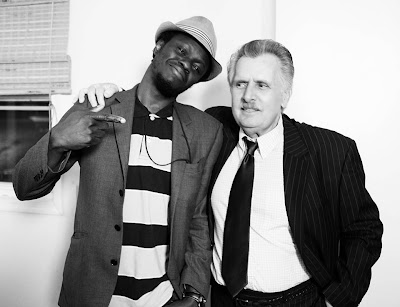 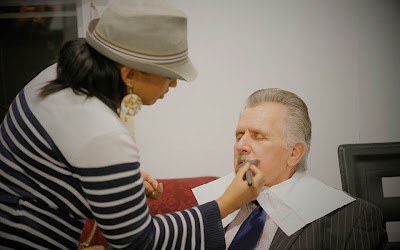 Posted by maestromedia at 12:20 AM