Come Sunday, September 15, 2013 the beloved man of God, Apostle Anselm Madubuko, the General Overseer of the Revival Assembly Ministries worldwide is set to host friends, family members and a few others to a thank you dinner/wedding party after his wedding ceremony that took place very recently in Nairobi, Kenya.  We are of the thought that this might be a way to host some of those who couldn't make the Nairobi trip.


The venue of this dinner is the Sheraton Hotel, Ikeja, Lagos and on hand as the master of the ceremony is none other than Julius 'The Genius' Agwu, the dapper comedian extraordinary who seemingly will have a very busy weekend. First hosting the IG's wedding to his beau Zahra in Abuja and then flying in on Sunday to host Apostle Madubuko's party the next day.

This is the revered man of God's second journey into matrimony after losing his beloved & fiery first wife, Pastor Connie Madubuko to the cold hand of death a while ago. His new wife, Emmy is a Kenyan music star, which was the reason for the wedding happening in Nairobi on Saturday, August 31, 2013.

At the wedding in Nairobi to give the man of God support were some highly placed individuals, one of which was the former Governor of Cross River, His Excellency, Mr. Donald Duke & several others.

Now that the Apostle has found the bone of his bone again, it's on to the next major thing, which is to refocus his mind & being on his call to evangelize the world and bring them to the knowledge of Christ.

Congratulations again to the couple, which at MM wish them marriage bliss.


MORE PICTURES AFTER THE BREAK. PLS CLICK ON READ MORE BELOW 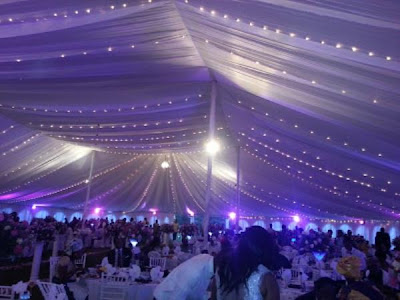 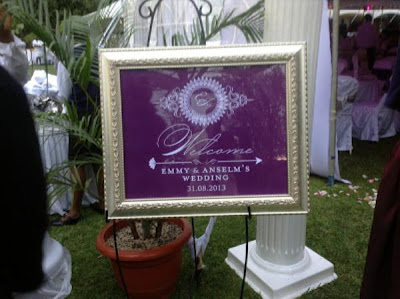 Posted by maestromedia at 1:55 PM