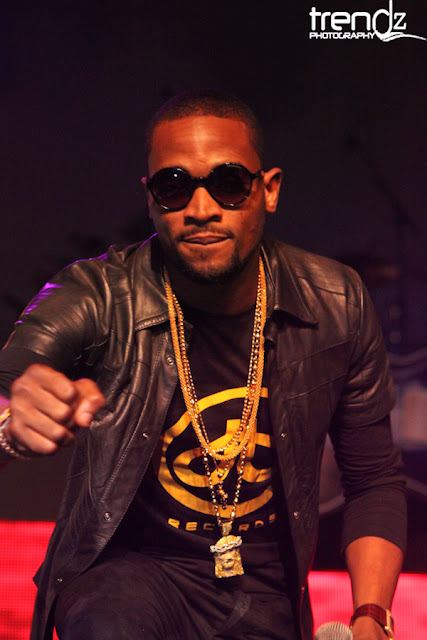 What does Nigerian international pop giant D'Banj want for his birthday?
Well, find out on June 23, as the superstar entertainer shuts Lagos down with another five-star concert, featuring live appearances from some of the finest stars from the continent and beyond.
The MOBO and BET-winning hit-maker says he's throwing a big, spectacular gig, at Eko Hotel in Lagos, to launch the debut DKM album, and celebrate his recent achievements with friends and fans in Nigeria.
The hugely anticipated concert will coincide with D’Banj’s 33rd birthday, and he told us over the weekend, that fans can expect to catch electrifying performances from him and his friends, including Fally Ipupa (DRC), 2face Idibia (Nigeria), 2Chainz (USA), Olamide (Nigeria) and other big names from here and abroad.
The big-budget concert will also feature DB Records acts KaySwitch, JSol, JSleek and others.

'It'll be my first time in Nigeria and I can't wait', 2Chainz says in a video drop released by D'Banj. 'My birthday is in September but I’ll act like it's my birthday', he adds jokingly. The rapper is mostly known worldwide for his mega hit 'Birthday Song'
The June 23rd concert, D'Banj says, will be the first in a series of DKM Concerts to be staged in collaboration with Ndani TV in Lagos and other parts.

‘We’ve done it all over the world, with the support of our fans everywhere’, the bestselling entertainer who performed with Snoop Lion at the MTV All Stars Concert in Durban over the weekend, says. ‘I know Nigerians have been yearning, and I can’t wait for June 23 to bring Lagos alive and treat my friends to all the new stuff we’ve been working on’.
See 2Chainz and D’Banj talk about the concert HERE
Posted by maestromedia at 11:53 AM