ANOTHER BLAST IN ABUJA 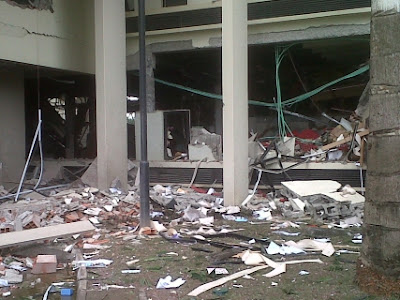 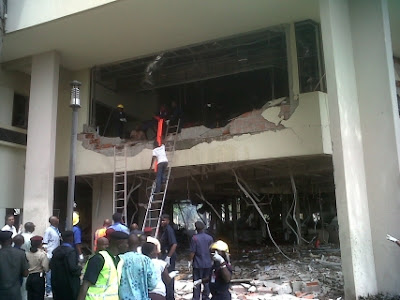 The agents of evil have struck again as a bomb blast is said to have ripped through the 3rd floor of the United Nations office in Abuja, the FCT causing several damages and killing many , the building is said to be located in Area 1 of Abuja.  According to a report on BBC, the bomb attack is said to have been a suicide bomb attack,the bomber was said to have eluded 2 security check points in his Honda vehicle, before smashing the car into the building, reports says 10 people are dead and over 60 injured and many of them in critical condition and the hospital is already over stretched.
Posted by maestromedia at 1:05 PM

this is heart breaking individually and collectively. am just speechless.