Yours truly is in the queen`s land, I had arrived aboard a sponsored Arik Flight on August 3,2011, Its been a while since I came around and I had planned the trip to a T,Imagining I was going to have the fun of my life, the flight from Lagos to London was quite interesting, for some of us who had never before then taken Arik to the UK, we were quite surprised by the services on the flight etc, I left Lagos, on the same flight with the MD/CEO of Ouch!-Uche Nnaji who is gradually extending his growing tentacles across the Lagos lifestyle market, also on the same flight was Meg Alabi who is the couturier behind the label-Alabi, she was going to the UK with her mom and elder sister, we were all attending the maiden edition of the Africa Fashion Week London 2011, put together by Rukkies Concept owned by Ronke Ademiluyi and Mahogany Productions owned by Shola Oyebade and Consulting 4London owned by wealth creator-Sam "Sammie Dollar" Onigbanjo.

To say the truth,it was an absolutely fantastic show, any which way one wants to view it, the crowd was unbelievable,the designers did themselves and everyone very proud, there was unbelievable coverage from the local and international media-CNN,BBC,REUTERS,MAESTROMEDIA and very many others, I was proud to be an African and I still am,not minding the few hitches here and there, knowing fully well this was the first edition of a show of this magnitude, with not less than 40 designers from many African countries showcasing, over 2 days and crowd at the venue in excess of a  1500, and many had to be politely sent back, the hall- Gibson Hall was first class, and its on Bishopsgate, very well appointed, I can tell everyone for a fact, that the next edition would be absolutely smashing. And we promise to bring you the whole package in glorious colours very soon.

That was 2 days of good fun, opportunity to network and more, and then all of a sudden London became the hotbed for arson,violence,looting and destruction, its been 3 days of mayhem here now, everyone is very careful where he or she goes, violence could and can erupt from anywhere, there seem be a lot of anger, and many young unemployed youths looking for opportunity for something to do, have gone bonkers!!!!!!!!, I missed the violence at Lewisham by about 15 minutes myself, one would have thought with the sophistication of equipments and manpower available to the law enforcement agencies, this situation would have been nipped in the bud, but from what we have seen the Police have been totally overwhelmed by the sheer brutality of the attacks, and by the numbers of people involved,Croydon,Peckam,Tottenham,Birmingham,Manchester have been devastated, a JD Sports store in Statford where I had gone yesterday had been broken into, damages so far are in the region of millions of pounds. 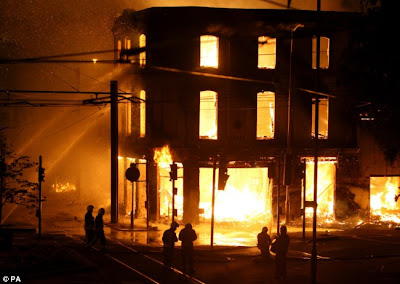 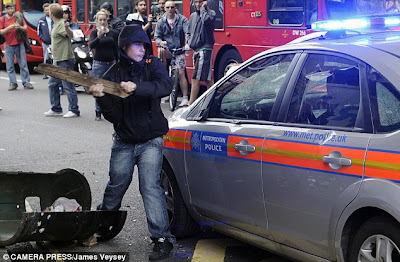 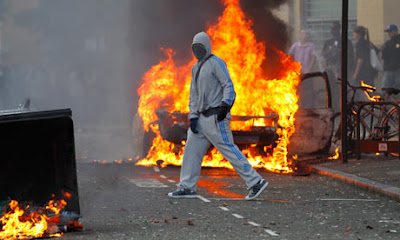 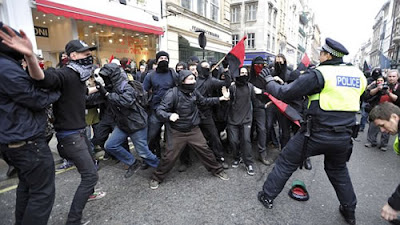 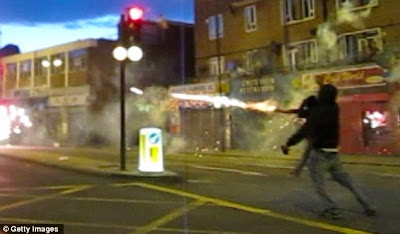 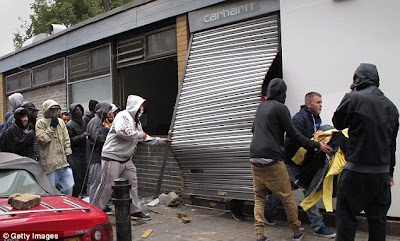 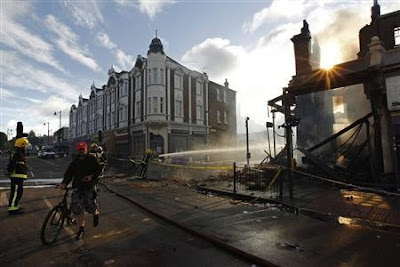 With the situation on ground now, many events that were to take place have been cancelled, most notably the friendly match between England and Holland,Nigeria vs Ghana friendly and there is the possibility that the Nottinghill carnival might be cancelled for fear of violence .ينج
Posted by maestromedia at 7:29 PM