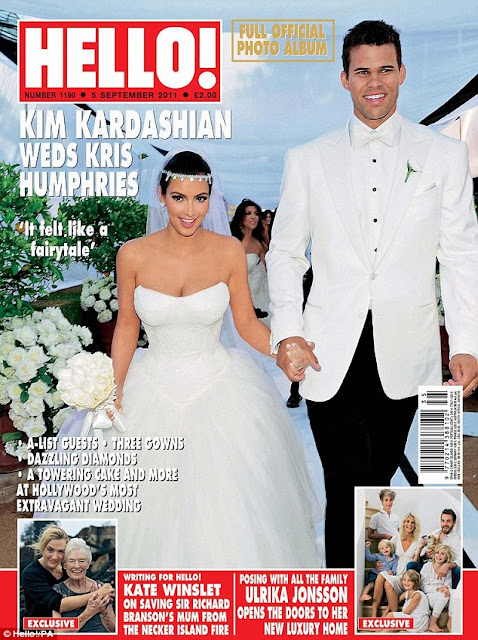 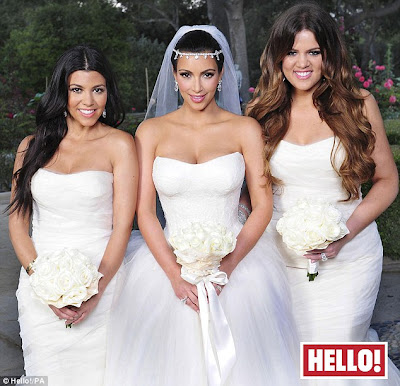 Finally the nuptial ceremony of reality TV queen to her basketball star husband is splashed in all its glory in the latest edition of HELLO! Magazine which is already on sale worldwide, the wedding said to have been attended by about 400 guests and said to have cost several Millions-$6 Million and  was described as very lavish. The beautiful wedding gown was said to have been made by Vera Wang, and she had on diamonds said to have been worth $15 Million dollars, her 2 sisters who were her bridesmaids also wore Vera Wang's creations. There was a 6 feet wedding cake, catering was provided by award winning Chef to the Oscar's Wolfgang Puck, even Hello paid a very large amount of money for the rights to the wedding pictures.
Posted by maestromedia at 1:35 PM