He remains one of the few authentic African Stars even 14 long years after his death. The Abami Eda-some would translate that to mean-the Strange one, others would say the Non-Conformist, other would term him the Revolutionary, many believed he was a Prophet sort of, but who came before his time, others who believed him,called him the Unusual one, many others simply tagged him the ENIGMA, however you want to translate it to be, one thing remains OLUFELA OLUGBENGA OLUDOTUN RANSOME KUTI-OCTOBER 15,1938 -AUGUST 2,1997, who later transformed and became ''the man who held death captive in his pouch''-Anikulapo was a superstar, and he would remain one forever, such that Will Smith & Jay Z even recognizes the Comet called Fela. 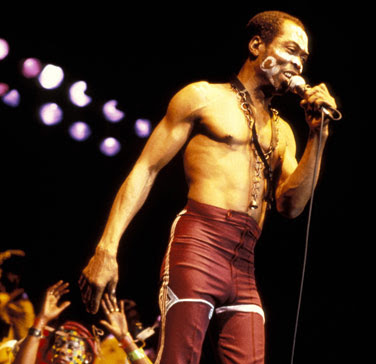 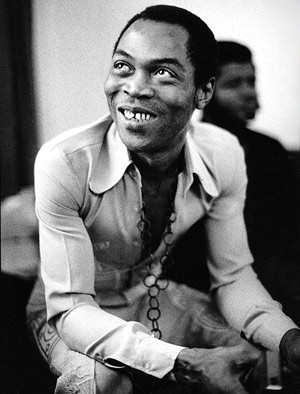 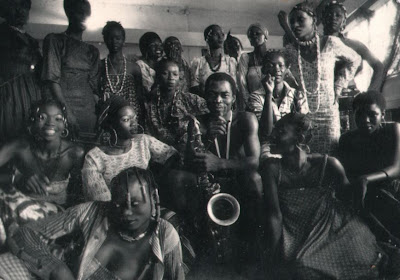 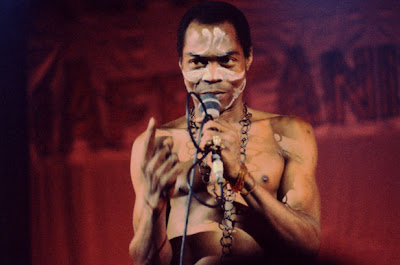 Today, is the 14th anniversary of his demise, he left the world at the age of 58, but he left behind a music legacy that is still very much alive. Many would never ever forget such classics like - Palava,Teacher Don't Teach Me Nonsense,ITT,Power Show,CBB,Sorrows,tears & Blood,Lady,Water No Get Enemy,Shakara,Zombie,Suffering & Smiling,Original Sufferhead,Yellow Fever etc. Fela Lives on!!!!!!!!!!!!SALUTE.
Posted by maestromedia at 11:08 PM