BEWARE OF YAHOO BOYS AND THEIR NEW GIMMICKS- BE WARNED!!!! 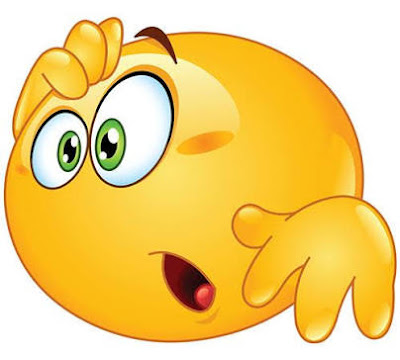 Hmmmmmmm. Though what we would try to explain in this write-up might sound very foolish and preposterous, but from those we spoke to about it, it is actually the truth and many even swore by it.

We heard that for one to do "local" as they call it, the one has to be hard boiled, well seasoned in jazzy matters (juju) so as to be able to hoodwink effortlessly and also as a form of protection to evade scrutiny and arrest.

While many of these boys/men/women succeed and have succeeded based on the absolute greed of their subject matter, for some of their victims it's not about greed alone, there is also the diabolical manipulations involved also which can apparently sway people. Which was what birthed the offshoot of the Yahoo syndrome now tagged Yahoo plus.

Yahoo plus, in it's simplest form actually means that another dimension was added to their mode of operation, to aid in its execution and this added dimension is as deadly as can be, as these guys involved don't care what happens to their victims as long as they would keep having money and stay relevant, spending money like there's no tomorrow.

Imagine young kids controlling money that they could never have made under the right situations and circumstances in their own life time. Young boys driving the most exotic cars, likes of Honda Accords, G Swags, Range Rivers etc, carrying some of the most beautiful and exotic girls around, wearing the latest trends in shoe and outfits, flaunting it all with deliberate abandon. Competing at clubs, lounges etc on drinks, the more expensive the better likrs of Dom Perignon, Cristal, Johnnie Walker Blue Label etc or on who can spend the most at just about anything, building or buying gigantic edifices without any proper jobs to back up their spendings or sources of livelihood!!!!

There was the trend then, where they were selling the kidneys and livers of innocent friends and girlfriends before, which latter graduated to full scale rituals. Many would travel with friends to Malaysia or Malay like they used to call it and come back not well no more afterwards, not knowing what has been removed or not even come back at all, as they would have died!!!

Then there came the trend also of going to Malaysia not having anything, but afterwards becoming a big boy who suddenly has too much to spend and is just blowing it any how and wants the whole world to know. What's the magic about Malaysia? Is there a golden street, where people go to, to pick incredible amount of money on the floor and then just keep?

Then it graduated to full scale rituals. Young kids getting involved in rituals???? All for the sake of being referred to as big boys or girls!!!! There's a university just outside our border in Lagos known to harbour many of this nouveau rich kids.

But things have since changed again, with the boys going more despicable and more desperate in their operations. The new style of operations according to our findings, sounds utterly and totally foolish and dirty, but it is said to be happening and gaining prominence daily.

Imagine that you 'll buy bottled water or soft drink in plastic from somewhere and after innocently drinking direct from such bottles, you innocently throw the bottle away without having any thoughts towards it again, these boys would take such bottles to their juju priests who would now use such for some sort of money rituals!!!!! Mad? Yes absolutely!!!

How they use this and what comes from it, we do not know, but what we were told is that money begins to find one way or the other to the dude, to the detriment of the one who had drank from the bottle.

The other more terribly despicable one that takes the monkey is totally and utterly disgusting. We cannot just imagine, the length that people would go or what people are willing to do just to make money and to be relevant at all cost.

Imagine that we heard that these damned boys, would go eat other people's shit (excreta) with bread!!!!! That before they do this, they would have sprinkled something on such shit and said some incantations and then, get to business, eating​ shit with relish!

It's so obvious from these actions that once you have thought to dine with the devil (Satan/Lucifer) the condition (s) he gives is to totally turn the one into a useless being with no scruples whatsoever. Imagine, just imagine a person eating shit (excreta)? We have heard of people going to bed (sleeping​ with) mad persons before, but this one absolutely takes the cake.

Why are you showing only 3 or 4 comments. Who are you afraid of. Pls enable comments o jare and allow me enjoy myself here. Kilode. Scaredy cat

Why are you showing only 3 or 4 comments. Who are you afraid of. Pls enable comments o jare and allow me enjoy myself here. Kilode. Scaredy cat

Goosebumps reading this. May the Lord help us and protect us from all manner of evil.

Thank God am not Nigerian. A society where materialistic wealth is so important to most because without that you have no respect, it's obvious all over social media. Such a vain country. No wonder your younger generation will no absolutely anything for money.

Am so glad am not Nigerian. But please keep this fcked up lifestyle of ritualism and college campus cultists in your country. Don't u dare bring it over to ours since I see many orally are infiltrating our unis. We don't tolerate such bullshit

Get off your high horse and get the hell outta Nigerian blog! Oshisco!