The only white lion (Kiniun Funfun), also known as the big fish (Eja NLA), the one and only D Banj aka Bangalee welcomed his first child, a son at that in America just yesterday.

Dude had gotten married quietly sometime ago, but decided to keep the news/information under the radar, instead of the society wedding everyone had expected, he had gone totally low key, even keeping the identity of his other half well wrapped.

But the excitement of this his new boy, Daniel Oyebanjo III was so much, that he announced the birth on Instagram. Mother and Junior are in great health. 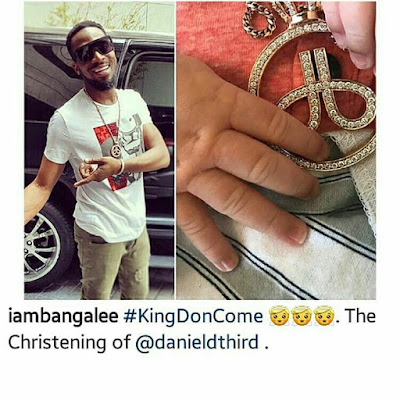 Posted by maestromedia at 9:05 AM