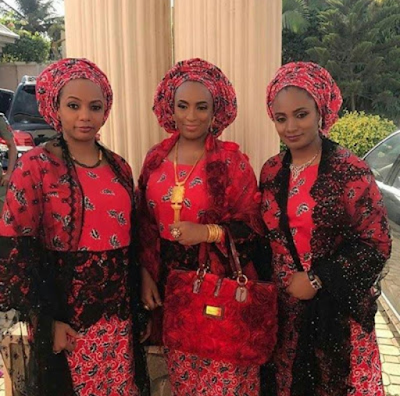 Their dad was the late Alhaji Umaru YarAdua,  GCFR, Nigeria's former president, who took over from Chief Olusegun Aremu Okikiola Obasanjo, GCFR. The dad preceded Dr. Goodluck Ebele Azikiwe Jonathan, GCFR, who was actually the Vice-President before taking over after the untimely death of YarAdua.

Their mom is the famous, no nonsense Turai YarAdua, the former first lady. From the above picture, it is very obvious that the trio are doing very well.

By the above, it's obvious their mother did very well, by positioning them very well.
Posted by maestromedia at 5:48 PM