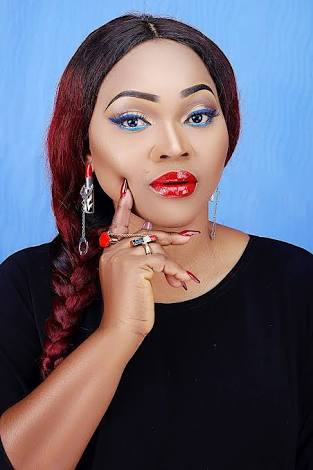 *MERCY HAS MENTAL ISSUES. He has proof.
*MERCY IS HIGHLY PROMISCUOUS. Caught several times.
*MERCY IS UNCARING.
*MERCY & FRIENDS GANGED-UP ON HIM.
*MERCY IS A LIAR. NEVER TOUCHED HER.

The bird known as the canary like all other birds, is a wonder of nature. One of the bird's greatest attributes, is the ability to sing continuosly none stop, for those that enjoys the voice of birds, it's like something sonorous to them, but for those who haven't gotten to the level of enjoying the art, it's pure noise and a disturbance. Mr. Lanre Gentry has adopted the bird as his symbol it seems. Since the scandal between his wife and himself broke, he has been singing none stop. Maybe Mercy might need to get a gag order too now!

Despite all said about him and even despite the restraining order against him, he has continued to maintain, he never touched his wife recently and has never beaten her before.

He has even gone a notch up now, claiming his estranged wife is mentally unbalanced! Shocking? Yes very very shocking. By saying this is he doing himself any good? We don't know, maybe it would work in the long run though. He claims that MERCY has mental issues, and that she's been taken to very many places to source for help and healing and that he has evidence to prove it.

MORE AFTER THE BREAK. CLICK ON READ MORE BELOW


He claims that contrary to the script and allegations of beating, assault and battery, that he was the one actually at the receiving end of attack, by his wife and her friends at her designer's place, that even Mercy joined and hit him with a stool.

He also claims allegation of extreme promiscuity. That he has caught his wife several times and forgiven her. He mentioned a particular case of her claiming to go on a trip to China, but was instead holed up in Dubai, UAE in an hotel for 2 weeks with a man!

He mentioned a case, where he caught his wife asking someone to collect money from a man for her on what's app, but when confronted her excuse was that she just wanted to get money off the man.

He went further to state that the man she's been seeing/dating, is also the one that just got her the new apartment in Magodo.

He claims to have deposited N8 million out of N16 million which is for a Range Rover Evoque for her 40th birthday, at BENEFIT MOTORS. And went further to also claim to have paid N1.2 million Naira for a hall to celebrate her big.

To further buttress his point, he went spiritual, calling on the Sun, Moon and the Stars and all the other elements as witness and invoking same to judge him and give him justice, over the allegations he claims as false.

He painted  picture of a very cantankerous person, opening the already despicable can of worms deeper. That she doesn't even give any regards to her parents, so reporting her to them means nothing.

So who do we believe? The estranged Nollywood trained role interpreter (actress), in the person of Mercy Aigbe-Gentry or the beleaguered businessman husband, Lanre Gentry who claims no man could have taken all that his wife dished to him for 7 years.

What's obvious from this mess is that, this thing seems to have broken down irretrievably, so why don't the combatants sheath their drawn swords and part amicably, at least if for nothing, for their 2 kids. Imagine what they would be suffering right now?

IS this a classic case of, all is fair in war?
Posted by maestromedia at 10:18 AM