THE ROYAL FATHER AND HIS UNBEARABLE BURDEN OF DEBT 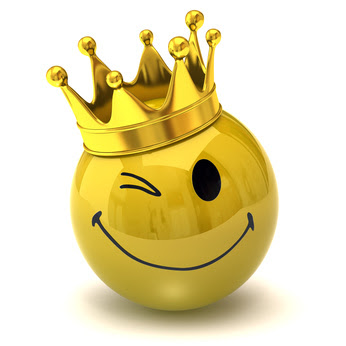 He is young and very flamboyant and a well respected royal father at that, he is one that can be described as a triple threat, in fact his esteemed stool is held as very sacred. Given to vanity and wanting to announce that he also wasn't a pushover, by any means to prosecute his ambition at becoming the king of his homestead/domain he went all out. His ambition had always been to get the crown and sit on the throne. So when the opportunity fell into his lap, he left no stone unturned.

Before the opportunity to rise to the stool came, he had always been involved in one deal or the other that were not too clear, to make sure he would get to the throne he engaged the help of a few prominent people, amongst them were other royal fathers, who helped to speak to the powers that be or those who could influence decisions. One out of the royal fathers, was an equally young and flamboyant king too, who went all out for him, believing they were close and also because he was very connected, so it was this one that introduced him majorly to the powers that be, that assured him and made sure all was going to be well.

To further enhance his status, the king to be then went all out borrowing. At a bank he got a loan of half a billion (N500 million Naira), with this he went on a spending spree. Several Prados exchanged hands, not to talk of innumerable numbers of transformers. This wasn't enough though, friends and supporters even contributed greatly here and there. The King needed to elevate his status to match what he perceived was the standard already laid down; there were luxury items befitting a king to be to buy or acquire, the particular distinct watches and jewelry to own, humongous cars to fit the new status, a befitting, stand out palace, the very aura of the well made needed to be fitted into. The former royal father had set a colossal antecedence, that the king wanted to match at all cost.

So several friends and supporters alike were said to have contributed their widow's mite, a particular friend gave N100 million as his own support, while others contributed several other amounts in millions, here and there. Then by the grace of God, all came to fruition, he became the chosen one and was crowned.

That was when the display of lavishness, really and truly began. From Bentley Continental to the humongous and stately Rolls Royce, all of these don't come cheap, and also the extraordinarily large entourage that goes nearly everywhere the king goes. All must fit into place and the king must fit the part also.

But we hear now, that the burden of debt is becoming a major weight on the neck. The Naira expected to pour in torrents has not materialized, especially as it is a time of recession. For now, things are still a bit okay on the surface, but like the sayings of the sages goes "the foundation of wealth is dirty".

One of what we have heard of late in loud whispers is that, those who sold the Rolls Royce wants their full payment for car that was delivered since, after all this while, but the king is dragging feet. The bank(s) are also trying to recover loans too, but nothing is coming of it, most likely that in the long run, they might just accept that the loan is a loss. But royal father is still going about on trips with a great crowd, in the midst of extraordinary pomp and pageantry. The most recent trip that was massive and which would have cost several millions of Naira, we have even heard, was sponsored by a top politician from the center of excellence, whose bank of supply is said to be seemingly endless.

But for how long can this charade hold? We hear that though the bank that is owed, a particular one that's always in the news as par whether they would be shutting down or not, might have renegotiated repayment of the loan, it's still not easy and that's because they cannot seem to harass the king to get their money back.

The king's major claim to fame is not majorly his own even, it rather belongs to a consortium and it's not even a major money spinner as was expected. Even his other businesses have not been extraordinary. A particular investment at one time collapsed and got him into major trouble, but was quickly swept under the carpet to help him out, hints about it nearly came out, but was shutdown.

Even the friend-king, that even helped to make sure he got on the throne, the king has stylishly discarded now, majorly because of status, that's because "there are firsts amongst equals", though both are kings, one is seemingly more esteemed in terms of status than the other.
Posted by maestromedia at 7:13 AM

Is no other person than the wasteful, vain and unnecessary loud new OONI and OBA Saheed Elegushi. I said it that the OONI need to curb his unnecessary loud entourages. Those many aides were way too much and their unnecessary drumming to disturb people is uncalled for. BTW, like husband, like wife. His opolo eye Olori is also known to be a real big term debtor due for her love for superficiality. Have Respect for him as OONI but the unnecessary loudness around him whenever he is in public is becoming annoying and he need to curb it after all, we witnessed late OONI in public and nothing compared to the craziness around this new extravaganza, lousy and superficial OONIl

Aloba. ... the maestro. I knew something will crop up after the drama on the SM. Are they not all the same? Hypocrites!

Haba didn't the U.K approve several millions of pounds for him recently?