WHO IS AFTER NEYA KALU-IYERE, ORJI KALU's DAUGHTER REFUTES BREAKUP 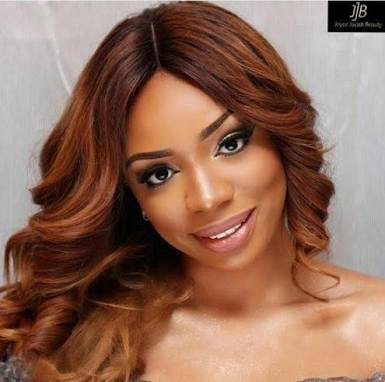 The then eligible bacholerette took everybody by surprise earlier this year, when she had her court wedding at the Eko Hotel, Victoria Island, Lagos. Many had expected that when she would eventually take the plunge that it would be a massive do, that would have been the mother of all event knowing her dad's connections; but alas, the event that actually happened was far from that & was particularly subdued by all standards.

So in February of 2017, just about 2 months and days ago, her then fiance Lawrence Iyere and Neya with family members as witnesses, signed on the dotted lines and declared openly their love for each other, while exchanging love vows, for richer for poorer, GOOD health and bad, till death do them part. Many bare still waiting to see whether an Igbere wonder wedding would still take place.

So it was very shocking to suddenly hear again according to.unconfirmed rumour that, that wedding of Just a few moths ago has crashed!

So to get to the bottom of it all, we did our best to get to Neya herself to hear from the horse's mouth what was the present situation of things, but her phone....0805........ just kept ringing busy. So we thought to investigate further by asking some people, who should be in the know, if all was well. Many didn't know what was up.

But apparently one of those we contacted, quickly contacted Neya herself, who now sent a supposed staff by name Shola Arogun, to call us, who refuted the claims made that the wedding had already crashed!

Which brings us to asking the question, who is after Neya? And why want the marriage to break up or crash? Remember, what God has joined together, let no man tear asunder.

Posted by maestromedia at 1:14 PM