He was one of the most consummate & amiable bankers in the country, and he was said to have been battling an undisclosed ailment for a while now (some people had said, he had lung cancer), and when friends and family members thought the most terrible part of the whole sickness was behind them, the very quiet gentleman MD/CEO of one of the biggest and most profitable banks in the country-GTBANK plc finally gave up the ghost. He was said to have died about 5.30pm today.

A banker's banker of the highest repute, he had his first degree in Business administration from the University of Lagos, and an MBA with special concentration on International Business from the graduate school of management University of California, Los Angeles, he was trained at the Chase Manhattan Bank Institute of International Banking,New York, he had his National Youth Service in 1977-78 in Calabar Cross River state, where he worked at the Central Bank of Nigeria. He started work at Continental Merchant Bank formerly Chase Manhattan Bank, Nigeria  from 1981 till 1988, from where he moved to Prime Merchant Bank from 88 to 89, where he rose to become an Assistant General Manager, in 1989 he left to set up First Marina Trust Ltd. From where he and a friend of his Fola Adeola came together to start Guaranty Trust Bank,which later metamorphosed into Gtbank Plc where he was Deputy Managing Director for several years before becoming the MD/CEO in August of 2002 till he left for the great beyond today. He was a fellow of the Chartered Institute of Bankers of Nigeria and a recipient of several international awards and honours, one of which is Member of the Federal Republic of Nigeria. 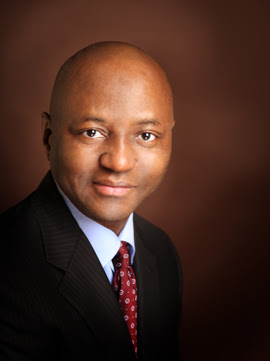 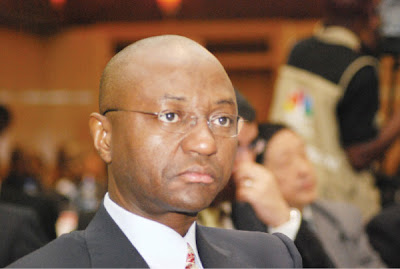 He is the promoter of one of the best schools in Nigeria-The Day Waterman College located in Abeokuta, Ogun State.  He would be missed by many. Adieu!!!!!!!!!!
Posted by maestromedia at 8:58 PM

So saaaaad!
May God comfort and strenghten his family he left behind.

It is well with his family in the name of the lord.

He left a fantastic legacy; GT Bank! He lived well and may his soul rest in perfect peace. Soooooo sad!!