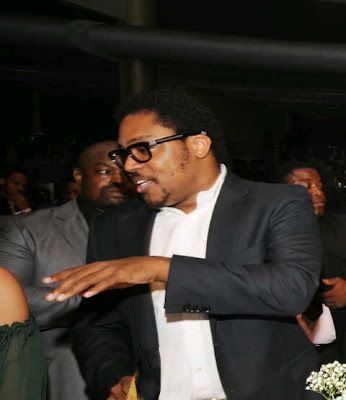 One would have thought that being a son of one of the richest men in the world- Otunba Mike Adenuga was rated not too long ago by Forbes Magazine as one of the wealthiest people on planet Earth. Coming from such a very privileged background one would have thought, that there would be some things you don't condone or like seen done to the less privileged, such was not the case recently, when Paddy Adenuga and a few of his friends visited Get Arena on the Island this weekend, the venue was playing host to Jimmy Jatt's show tagged ''Jimmy's Jump off'', at about 12 midnight when Paddy and his friends arrived, surrounded by 4 security details-made up of a Mobile policeman carrying a rifle & 3 bouncers, on getting to the gate of the arena, the unlucky security guard at the gate tried to do his job, by asking for their invitation cards, which totally angered Paddy's security details for the audacity to block the entrance and for asking for IV'S , and for his mistake he was slapped severally and beaten blue,black & green, right in front of Paddy & his friends, who entered the venue as if they were oblivious of what had just happened. 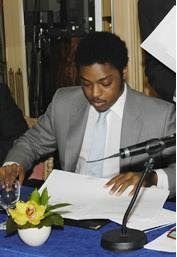 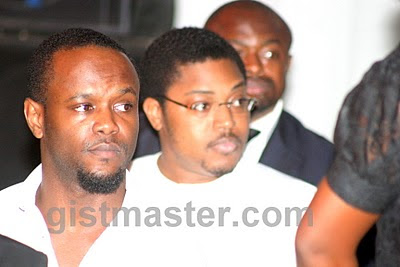 The poor well beaten security was so pained at what was meted to him, he left the post refusing to work again that night. One would have understood the reason(s) for been followed around by security men, especially in this days of kidnap, but why beat a security guard for doing his job well.
Posted by maestromedia at 9:42 PM

This same paddy dat is gay? Idiot. Ehnnn, but the security man should hve been wiser. Poor guy

Ahn ahn, Paddy gay too? He must have got it from his Daddy. But I've always thought that he and his buddies were a bit too close.

What do you expect from Paddy who's gay and from a broken home:twisted manners of course!!!

taking just after his father with arrogance et al
so sad I thought he had good manners
beaten blue black?
can he press charges?
poor man
only in naija
nothing go happen

to top it up, his d*ck is small, bloody waste of my time! very arrogant too, i actually pity d guy, so clueless, lacks depth, boasts like he has not seen money before, classless

Definitely NOT gay, he is a real pus*y lover and nyash man!!!