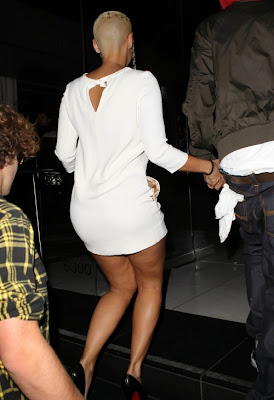 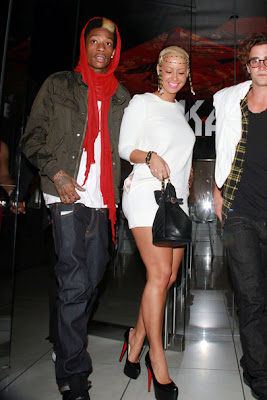 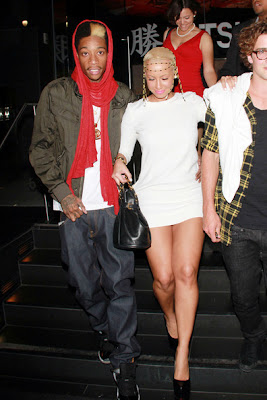 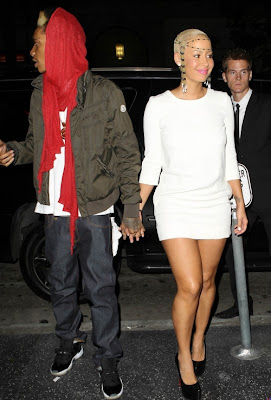 Kanye West ex-girlfriend the super gorgeous Amber Rose the former glamour model (stripper) was seen recently with her new boo, hot hot rapper Wiz Khalifa-Cameron Thomaz who is very well known for his hit jam ''Black & Yellow'', they were both photographed as they came out after a dinner date, the 24 year old rapper from Pittsburgh & his girlfriend seems to be having the best of times together. Amber recently appeared on the cover of Vibe magazine looking very hot, though she later condemned the interview she gave in the same magazine saying some of the things she was quoted to have said were a total falsehood, though Vibe magazine later came out saying, they stand by the said publication.
Posted by maestromedia at 11:38 PM