Both of this combatants needs no introduction whatsoever, while the first is the coach or like many would say now, the gaffer of the senior national football team-the Super Eagles-Samson Siasia, who seems to have injected a new lease of life into the team, the other,West Bromwich Albion on fire striker- Peter Osaze Odemwingie, some have labelled him one of the most patrotic of the players in the national team.

Whats the reason for the war?, Coach Siasia feels, its indiscipline, reason is that the top player is alleged to have broken camp rules, leaving the camp without permission sometime in March of this year,after the Nations cup qualifier against Ethiopia and he went to say that the players other colleagues, didn't see the reason why they will stay back, while Osaze would leave the camp, the coach is insisting that for Osaze to be recalled back into the National team-he must apologise to him & his other teammates. 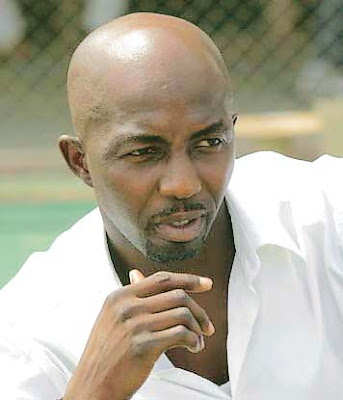 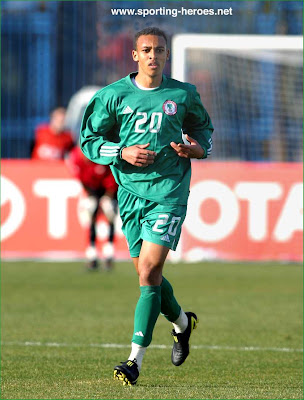 Meanwhile, Osaze is said to feel bad at the way he is been treated, because he had a legitimate reason for leaving camp, he had to go treat an injury back in England, also what is said to have added salt to the whole drama, is some statements that Osaze is alleged to have made on Twitter about his relationship with coaches,especially Coach Siasia.  Since then, both coach & player have not met eye to eye, and by extension the red-hot Osaze remains banned from the National team. One hopes, that the situation would be solved very quickly,as we need all our best players doing us proud now.
Posted by maestromedia at 2:05 PM

For goodness sake, your writing is dismal, how can you use the derogatory term- HALFE CASTE in this day and age? it is mixed race! half caste is not acceptable and insulting, one wonders sometimes with the half bred journalists we have in Nigeria

He is trying to instil discipline which has been the bane of Nigerian athletes for a long time. No player is bigger than any club/nation. If Osaze had a genuine reason, that’s fine. However, he has always been known for breaking camp rules and having two or three girls with him. Also, why go on twitter to disparage your coach? He has to swallow his pride and apologise. It’s happened to Babayaro before and he lost out. We need both of them (coach and player) in the team.

Please let the glory of Nigeria be restored in all perspectives most especially the peoples loving game (football). Apologies and forgives can never remove a strand of hair. Therefore, Osaze apologize to your boss and; boss accept it whole heartedly. I pledge my support and royalty to Nigeria as nothing will ever tempt to bring division.

In these day & age someone can still use the words half caste to describe another person. It's so out dated & insulting.