WAITING ON THE 6TH-LAURYN HILL

At a point in her career, she was one of the biggest music stars in the world, she was a member of the trio that was known has the Fugees, who were a breath of fresh air as at that time, made up of the super talented Wyclef Jean who recently contested at the presidential election in his native Haiti, then Pras, who went on to release a solo album and had a short acting career and there was Lauryn Hill herself, who was not only very talented,she also had a budding acting career, her album ''miseducation of Lauryn Hill' sold many millions, the album was a fusion of all the best genre of music-rap,R'n'B,soul and reggae and many were expecting so much from her, especially after the album won 5 trophies out of the 11 that it was nominated for at the 1999 Grammies. 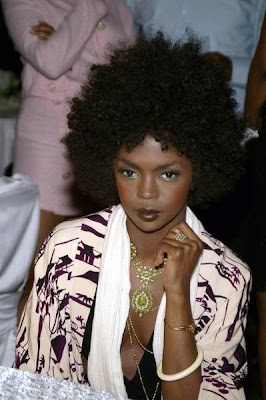 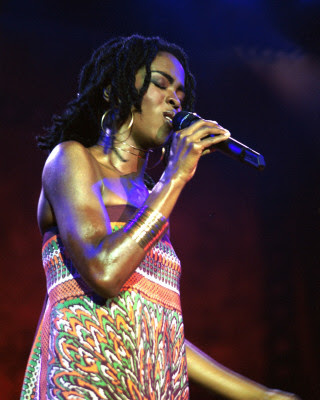 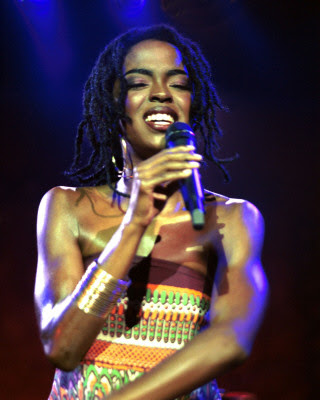 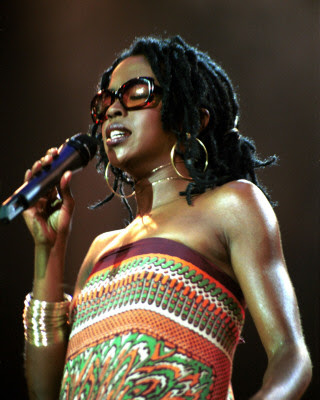 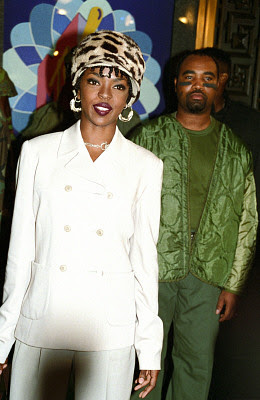 But just as sudden has her rise was, she also quickly disappeared from the public view, apparently the 36 year old and her partner Rohan Marley-the son of the legendary king of reggae-Bob Marley, who she has a 'on' today, 'off' tomorrow relationship with, have been making kids, to date its been 5 in all, with the age of the kids ranging from 13 to 3 years old, and now the 6th kid is on its way, fans of the comeback queen, got to know recently, when she announced on stage that she was taking a short sabbatical to go deliver her 6th child, though her partner Rohan, had caused a bit of controversy by 1st denying the unborn baby's paternity on Twitter, before later denying doing that.
Posted by maestromedia at 12:21 PM

This is what weed does to you...messed up her whole music sense.