SEASON 6 OF KEEPING UP WITH THE KARDASHIANS PREMIERES 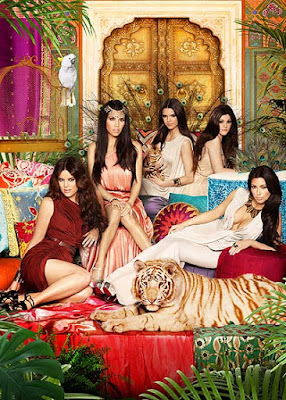 The new season of the highly successful reality show-Keeping up with the Kardashians premiered today-June 12,2011 and the new season is produced by Ryan Seacrest and its all of 12 episodes and the casts still remains- Kim who is about getting married,Kris the mommy of all still in charge of the whole brood, Kourtney & her beau moving into their own home,Kourtney & Khloe still running DASH, and many other happenstances and Kris & her husband Bruce celebrating 20years of marriage. The new seasons show is expected to be another slamdunk.
Posted by maestromedia at 11:55 PM